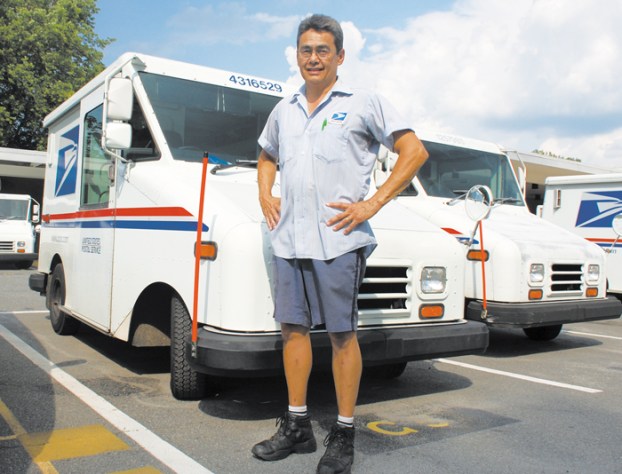 Veteran mailman of Hugo weighs in on Florence: ‘I don’t think we’ll have any problem’

Rain, whipped by wind gusts of about 70 mph, greeted Clifton as he left his home in Rockwell and headed for the Salisbury Post Office.

“The Post Office is a place where they expect you to come to work regardless,” Clifton says today, almost 29 years later. “… It was extremely dangerous going in.”

Because of fallen trees across roads, Clifton had to make two detours — backtracking and searching for clear, alternate routes to Salisbury. He finally made it to the headquarters on East Innes Street, only to find the whole building in darkness.

The Post Office was without power. The emergency lights were on inside, providing just enough light for walking from one place to another but not enough for sorting the mail.

It didn’t matter. There was no mail to sort because the delivery truck from Charlotte never arrived. For mailmen such as Clifton, the unthinkable happened that day.

“This is the first time we were ever sent home because of the weather circumstances in my postal career,” Clifton says.

Now the mailman with the most seniority in Salisbury, Clifton can count on one hand how many other times — three, actually — the mail hasn’t been delivered in his 37-year career.

After Hugo passed through and some major arteries were clear, the Charlotte mail truck finally made it to Salisbury and power was restored.

“We went to work like nothing happened the next day,” says Clifton, a junior mailman who had a walking route then. “That’s the way it is at the Post Office.”

All week, the alarm bells have been sounding for another monster storm — Hurricane Florence — as it has marched toward the Carolinas coastline. Clifton has paid attention, but he isn’t obsessed with it.

“I don’t think we’ll have any problem,” he says, knowing the Salisbury Post Office has a generator ready this time. “There’s no sense of worrying about it. You (deliver the mail) and adapt if something comes up.”

With Hugo, Clifton quickly adapted as a mailman, but it was harder at home. His Rockwell residence was without power for 10 days, he was working full time, and he had to haul water to his horses.

“It was just horrible,” Clifton said. “The aftermath of not having power and hauling all that water, it was an experience.”

There’s really only one time Clifton was unable to get to work. He lives in Woodleaf these days, and three years ago, during a winter storm when the snow was about 6 inches deep, his Honda Civic went off a country road on a bad curve.

The Honda slid down a 15- to 20-foot bank and rolled over once. His airbag deployed, but Clifton didn’t have a scratch.

“I still tried to get to work, but I didn’t make it,” he says, remembering how long he waited for a tow truck.

Clifton’s job couldn’t be much better these days. He has a route he loves in the Country Club area. He covers it from his mail truck and has to get out of the driver’s seat only a few times a day.

He has made great friends with many of the people on the route.

“It’s a pleasure delivering their mail and making sure I get it right,” Clifton says.

Go with the Flo: In face of hurricane, Jill Foster refuses to be runaway bride

SALISBURY — If anyone has a case for declaring a personal state of emergency, it’s Jill Foster. She needs to... read more