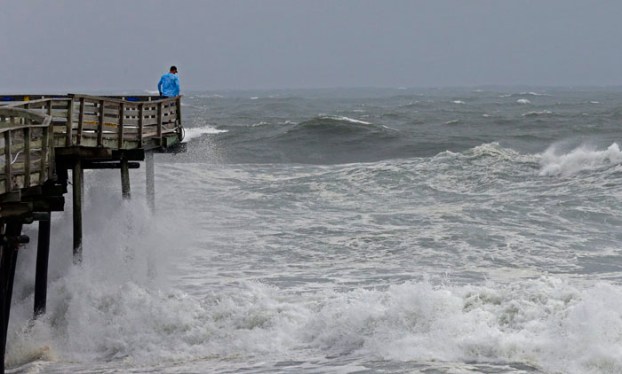 “I’ve been telling everybody just
to prepare for the worst and hope for the best.”

— Gray Gruff, fire chief in Spencer, on
what people should do to prepare for
Hurricane Florence

— Jay Baker, battalion chief of the Salisbury Fire Department, on the advice he gives to
people in the path of flooding caused by
Hurricane Florence

— Steve Monday, chief forecaster with Rowan County Weather, advising local residents to be wary of the damage that
Hurricane Florence can inflict in this area

“This storm is a monster. It’s big and it’s vicious. … Don’t bet your life on riding out a monster.”

— Gov. Roy Cooper, advising North
Carolinians to evacuate ahead of the advance of Hurricane Florence

“It’s a win, but we still have a lot of work to do, fixing mistakes. But we’ll take it.”

— Daniel Yow, football coach at South
Rowan High School, which held on for a 26-20 win over East Davidson last weekend

“It hurts my heart; it always does. … I don’t think it will ever get
better.”

— Nancy Fezler, who as an employee
of United Airlines knew many of the crew
members of Flight 93 that crashed in
Pennsylvania when passengers and crew
overtook the terrorist hijackers who were taking aim at targets in the nation’s capital on Sept. 11, 2001

“My job was easy. The holes were there. I saw the openings, and I just hit the gas pedal.”

— Demarcus ‘Flip’ Blackwell, a senior
running back for South Rowan High School’s football team, who had three touchdowns and 163 rushing yards in the Raiders’ 26-20 win over East Davidson last weekend

… The Merchant of West End Great man! My first apartment was up the street from McLaughlin’s on Tabernacle Street.... read more