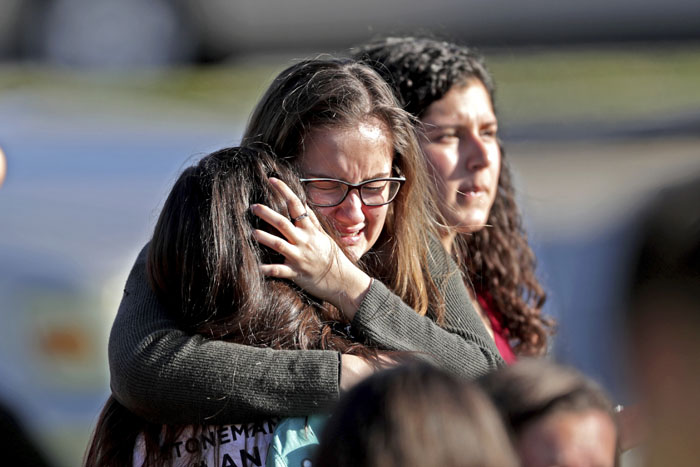 When the history of this era is written, when future generations wonder how a mostly educated and largely literate nation became mired in “truthiness,” when they ask how we became so mentally muddled that we lost the ability to identify facts and the capacity to care, they’ll find many culprits.

They’ll blame Fox “News” for feeding the fearful a steady diet of hogwash designed to make them feel beset, encircled and put upon.

They’ll blame Alex Jones for spinning webs of conspiracy so bizarre and convoluted as to shame Fox Mulder.

But they will also blame many of us in the non-Fox news media for our failure to be energetic advocates for, and defenders of, the actual, factual truth. They will blame us for surrendering to a boneless “both-sideism” that simulates professional impartiality at the cost of clarity and fact.

Which is what makes a new memo from the BBC such bracing reading. The subject is relatively narrow — climate change — and the intended audience is only the company’s own troops. But the point the memo makes should give pause to all of us who consume or report the news.

“Be aware of ‘false balance,’” it warns. “…To achieve impartiality, you do not need to include outright deniers of climate change in BBC coverage, in the same way you would not have someone denying that Manchester United won 2-0 last Saturday.”

And isn’t that a novel idea? BBC reporters are henceforth free to report on climate change without feeling bound to include those who insist it doesn’t exist. They are free to treat facts as factual.

Sadly, that notion would be resisted here. In the first place, climate change deniers would raise a squall. But journalists, addicted to conflict and confrontation and to a misguided idea of what it takes to be “fair and balanced” would likely also be up in arms.

Never mind that neither fairness nor balance requires us to report discredited and disreputable information. Never mind, either, that winning the debate is not the point for climate change deniers anyway. No, they win simply by being included, thus wringing from us an implicit concession that they represent a point of view worth hearing. Even when they do not.

As deniers of tragedies from the Holocaust to the Civil War to the Parkland shooting prove, both-sideism isn’t just a journalistic problem. But it is in journalism that it is arguably most consequential. One recalls with a grimace how reporters treated Hillary Clinton’s sloppy handling of emails as an object of concern equivalent to the racism, misogyny, mendacity, ineptitude, ignorance and corruption that trail Trump like an odor. Indeed, a survey by the Harvard Kennedy School’s Shorenstein Center found that over the course of the full campaign, Clinton actually received more negative media coverage than he did.

Two years later, most of us would likely agree there was no comparison between the two. Too bad more of us did not come to that obvious conclusion back when it mattered.

The BBC seems to have reached a moment of, well … truth in that regard. American journalists would be well advised to emulate them. Tomorrow’s historians will record that we helped lead the country into this mess.

The least we can do is to help lead it out.