Editorial: This is not the time to be complacent on hurricane prep 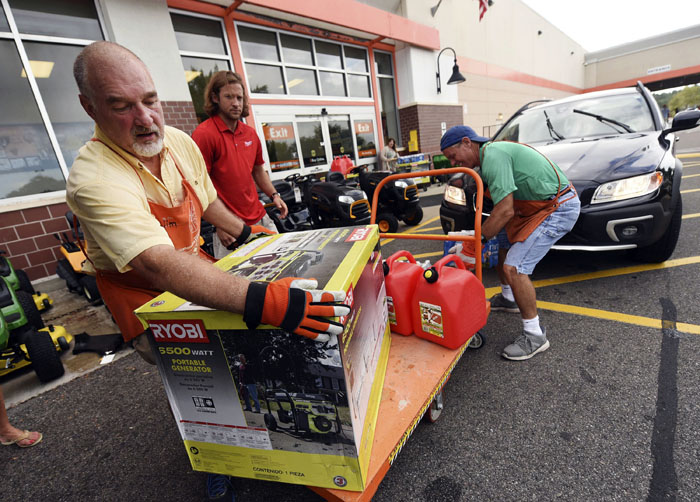 Pay attention to all the warnings about Hurricane Florence.

Rowan County may be hundreds of miles from the coast, but people here should prepare for high winds and possible flooding, too. The message from the National Hurricane Center is sobering:

“Life-threatening, catastrophic flash flooding and significant river flooding is possible over portions of the Carolinas and Mid-Atlantic states from late this week into early next week. …

“Damaging winds could also spread well inland into portions of the Carolinas and Virginia.”

As anxiety-provoking as repeated warnings may be, they give the public priceless time to prepare. We didn’t have that advantage when Hurricane Hugo hit in 1989. Luckily, no one in Rowan suffered serious injury, but people were not equipped for the prolonged power outage.

If you doubt that a hurricane could affect a community as far inland as Rowan, consider what Hugo did here:

• Winds clocked as high at 89 mph in Rowan knocked down thousands of trees, including 1,200 in Salisbury alone. Off Sherrill’s Ford Road, the county’s oldest white oak was among the victims, leaving a jagged, 8-foot-wide stump.

• Three hundred utility poles in the county went down.

• Seventy percent of homes and businesses lost power as a result of the Sept. 22 storm, and an unlucky few were still without power 10 days later.

• Untold tons of food were lost due to lack of refrigeration. The Rowan-Salisbury Schools lost $14,000 worth of food.

• Property damage totaled more than $21 million, including roofs damaged or lost at the N.C. Transportation Museum and Hurley Elementary School.

• The storm forced hundreds out of their homes as it destroyed 26 mobile homes and damaged 353 others. Ten houses were destroyed and 1,714 suffered damage.

Numbers can never tell the whole story. Reflecting a year after Hugo, Jake Holshouser remembered seeing his vintage 1967 Chevrolet pickup crushed under a big tree. “I could have cried,” he said.

Many felt an emotional toll.

“What we’re seeing are some mood problems, depression, anxiety, frazzled nerves, tension,” counselor John Whitfield said at Tri-County Mental Health as the community headed into its second week without power. He recommended people try to get control over at least a tiny fragment of their lives by cleaning a room or a corner of the yard.

With high winds, heavy rain and possible lack of power headed our way, think of storm preparations as your way of gaining some  control in advance.