Letter: Protest is a test of bravery 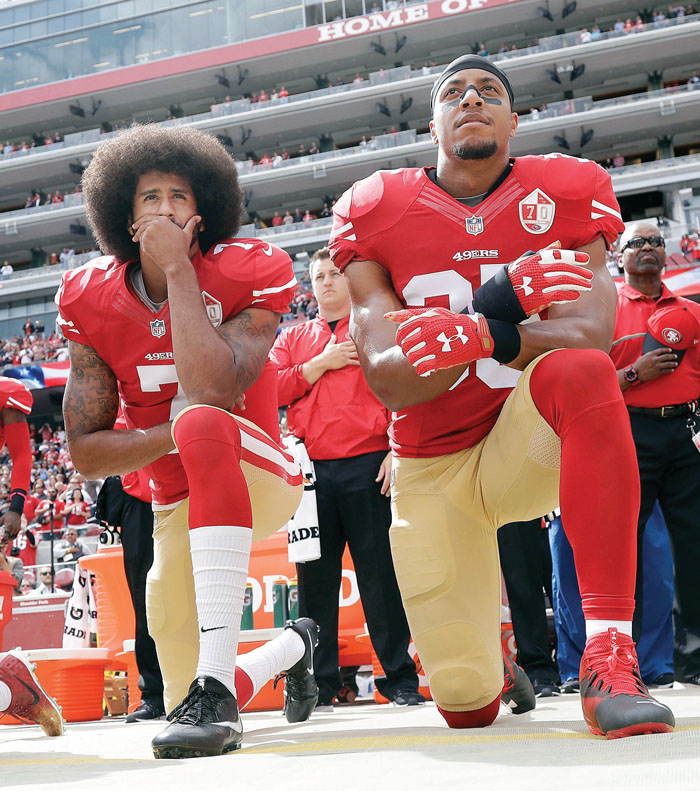 The United States of America is not a military dictatorship. When our beautiful flag unfurls, it is not solely a symbol of the armed forces; it represents freedom and justice for all.

If you think those rights are dispensed equally in the USA, you are not dealing in reality. Citizens have struggled mightily for that equality, be it the right to own land, the right to vote, the right to an equal education, the right of equal pay, the right to marry the person they love, and the list goes on.

Taking the knee in protest is an appeal to draw attention to injustice and the need to seek solutions. There are those who have twisted the protest into an anti-military slant for their own purposes because they don’t care about equality. Each verse of our national anthem ends in “the land of the free and the home of the brave.” Sometimes being brave means to protest so that all may be free.