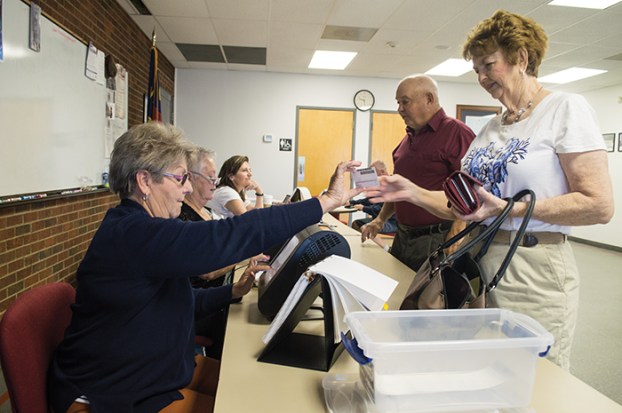 RALEIGH — It’s amateur hour at the federal Department of Justice and Immigrations and Customs Enforcement.

The agencies won’t say what exactly they’re investigating, but they recently submitted subpoenas for a massive amount of voting records — including completed ballots — from North Carolina elections agencies. They want millions of documents spanning an eight-year period, and initially they wanted them in a matter of weeks, although they’ve since been granted an extension until after the upcoming election.

Because ICE is involved, we can assume they’re investigating possible voter fraud by non-citizens. Last month, 19 foreign citizens were charged in North Carolina with casting ballots in the 2016 general election. That news is troubling, and it makes sense for investigators to look for other illegal votes. Voting is a sacred right for American citizens, and anyone who casts a ballot before becoming a citizen should be punished.

But these wannabe immigration sleuths don’t seem to know what they’re doing. The absurdly broad subpoenas are causing headaches for elections officials who — thanks to multiple lawsuits — are already running late preparing ballots for the upcoming election. The subpoenas arrived by fax (yes, apparently the feds are stuck in 1995) late on Aug. 31, and agency attorneys had to scramble to respond.

Copying millions of ballots and other voting forms would take a ton of staff resources, and many of the counties have only one or two full-time staffers in their elections office. That’s time that would be better spent registering new voters and improving election security.

The subpoenaed documents are also unnecessary. ICE should be able to identify  non-citizens using publicly available voter records, much of which are already online. The state elections website allows anyone to enter a name and find out if that person is registered to vote and which elections they voted in.

ICE could easily download the available registration data and cross-reference it with immigration databases to find possible offenders. Instead, investigators want copies of everyone’s ballot. It took a public outcry for the federal prosecutor to tell elections officials they can redact the ballots to keep voters’ choices confidential.

ICE and the U.S. District Attorney for eastern North Carolina, Robert Higdon, owe the public an explanation. But they’ve refused to tell anyone — including the elections officials — what they’re investigating, and why they want the documents.

Thankfully, the State Board of Elections and Ethics Enforcement plans to fight the subpoenas. On Friday, Republicans and Democrats on the board voted unanimously to ask the courts to reject the subpoenas.

“This board stands ready to assist any appropriate federal/state law enforcement/prosecutorial agency in pursuit of any suspected illegal activity involving the voting process,” elections board vice chairman Joshua Malcolm said Friday. “But, this board will, as required by our fiduciary responsibilities as state election officials, not stand idly by and consent to any agency attempting to obtain records and documents that violate the principles of overreach by the federal government.”

I’m trying to give the feds the benefit of the doubt and chalk this mess up to simple incompetence. But others have suggested the agency might have more nefarious motives.

U.S. Rep. David Price, a Democrat, said the subpoenas were an effort “to intimidate voters and disrupt the administration of an election.” Regardless of the motive, the impact of the subpoenas is that some voters who heard the news are scared. They don’t want the federal government to know who they voted for, and they might be considering skipping this election.

Higdon and ICE need to drop the subpoenas and reassure voters that the federal government isn’t interested in knowing who they voted for. Once the mess is cleaned up, they can work with state elections officials to use public data to crack down on non-citizen voting.