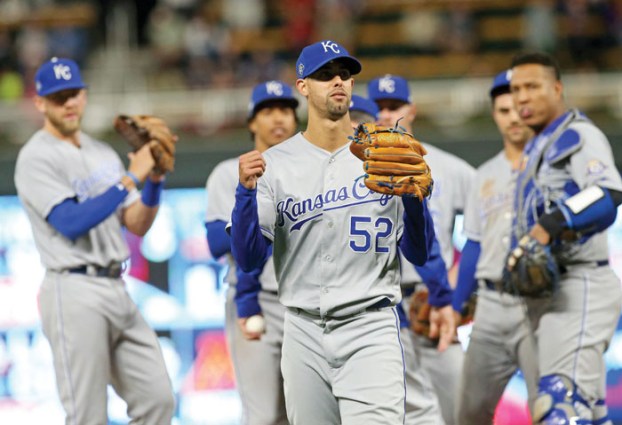 Kansas City Royals watch as pitcher Jorge Lopez, center, leaves after he was pulled in the ninth inning against the Minnesota Twins in a baseball game Saturday, Sept. 8, 2018, in Minneapolis. Lopez had a perfect game through eight innings but gave up a walk and a hit in the ninth. The Royals won 4-1. (AP Photo/Jim Mone)

Rose leads by a shot with a clear shot at No. 1 in the world