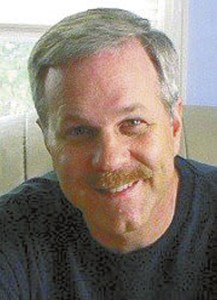 I have driven between Salisbury and the north end of Charlotte nearly every workday since 2000. And I’ve seen it all.
Not that I don’t still encounter an occasional surprise, but no matter what your driving style, I’ve met you somewhere on the road.
My personal interstate highway driving philosophy is to at least meet and maybe even slightly exceed the speed limit, usually by no more than five miles per hour. If the speed limit is 65, I’m usually doing about 70.
That, believe it or not, makes me a conservative driver in an era when most people live by what they call the Highway Patrol motto: “Nine, you’re fine. Ten, you’re mine.”
That translates to “If you drive nine miles per hour over the speed limit, you probably won’t get a ticket. Drive ten miles per hour over, they’ll grab you.” It’s more of a myth than a motto, but it’s very popular these days.
Continuing road construction has slowed us all, but it hasn’t ended the need some drivers feel to be at the front of the pack in a line of traffic. NASCAR refers to that status as “getting up in the clean air.” Maybe they just feel the need to breathe less pollution.
I met one such driver again this morning. I was five cars deep in a line of traffic in the left lane. “Buddy the Butt-Hugger,” I’ll call him, camped right on my back bumper as if to say “If I can just get a little closer to you, you’ll vanish and I will advance a spot.”
Buddy shifted from the left lane to the right hoping for freedom there, but he soon fell further behind. He was back on my keister in no time, and remained there until impatience got the best of him further down the road.
I have noticed a much more aggressive attitude in my daily travels than I saw ten years ago. The availability of more lanes between Concord and Charlotte has produced a new breed of driver.
I call him “Zippy the Zig-Zagger.”
He’s the guy you see in your rear view mirror coming up on you quickly, shifting lanes back and forth like he’s driving the final lap of the Coca-Cola 600. This is I-85, dang it, and he’s going to go at least 85 miles per hour. God help him when he gets to the 485 loop.
I saw Zippy The Zig-Zagger just this morning. I was tucked neatly into the far right lane doing a comfortable 70, and Zippy blew by me like I was a tree.
I politely waved z using only a small portion of my hand — and muttered “I’ll see you again soon, pal.” I did, only four minutes later. He was by the side of the road with blue lights flashing in his rear view mirror.
Happy Friday, Zippy.
I meet other regular friends on the highway, like the couple I like to refer to as “Ma and Pa Kettle.” They usually drive a minivan, and they’ve decided that 50 miles per hour is as fast as God intended for any of us to go, no matter what the traffic around them is doing.
They cause far more accidents than almost any other category of driver. Well, almost any other category.
My last highway friend is known as “That Idiot.” You’ll often hear people say, “Did you see what that idiot just did!” so it makes no sense to call him anything else.
He’s the guy who, while in the far left lane, realizes that the exit coming up in about 50 feet is the one he needs to take, so at high speed he executes a sudden move that even Steve McQueen wouldn’t try.
So I implore you, let’s be careful out there.
To paraphrase George Bernard Shaw, “I am not a teacher, merely a fellow traveler.” Try not to kill me.