What online readers are saying about … Fame, school testing, and a few good officers 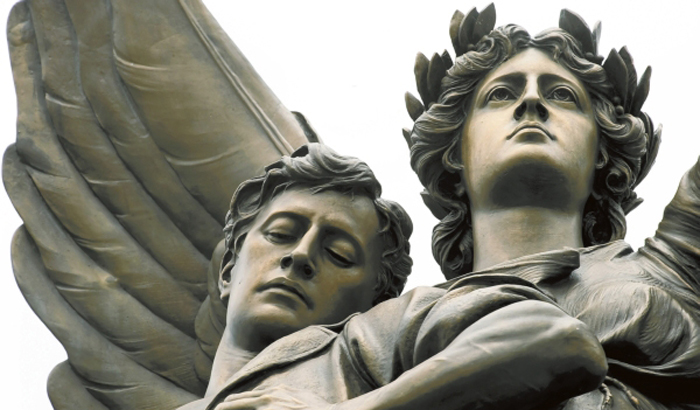 I am so proud of Bostian Elementary School and grateful that all four of my children were able to attend such a wonderful school. As of this school year, they are all out of elementary school, and I’m concerned about the performance of the other schools.

That said, it is up to me as a parent to be sure my children are learning and putting in the required effort. Teachers can only do so much. — Jean Helms

We have once again used millions of dollars on technology and once again failed to produce the results promised. Will anyone ever be held accountable? Oh, I forgot; now the renewal system will save us even though we are using the exact same people and expecting different results. — Theo Fleming

This is just confirmation of the fact that we don’t seem to understand that we are in a paradigm shift that forces educators to become partners with students in a learning environment.

Education does not exist unless and until the student’s intentionality is taken into consideration in the process. It is the student who dictates to the teacher his or her needs, goals and preferences for learning. It is not the other way around, as it is still being practiced. — Kenneth Muhammad El

“Learning is King. Growth is Queen. ‘Cool’ is the court jester. The jester is technology. And the jester has value, but don’t put him in charge of the kingdom.” — Weston Kieschnick, “Bold School”

Rowan-Salisbury Schools has placed the jester in charge of the kingdom way too long now. — Jatana Jernigan

Most schools get the same grades every year. You can spend all the money you want, but until you hold people accountable you will never see the wanted results. Same schools getting the same bad grades. You have a nice new office building downtown. Smart move. — Ron Ralston

I wish cellphones could be banned from school. As a high school instructor, I can attest to the fact that cellphones in the classroom are a huge contributing factor to the decline in education. The kids are more interested in their “news feed” than what’s being taught, and no matter what we do to try to curtail the use of them, they will always find a way to be active on their phones during class. Until they are banned 100 percent from bringing them to school, we are fighting an uphill battle. — Anne Marie Bourque

Agreed. Nike, you have shown your true self, and I hope you fail miserably. — J.P. Miller

It would be nice if individuals stopped by law enforcement officers would comply and do as told. … Beware, now the majority of officers have body cams and can prove that said person was belligerent and unwilling to comply with the spoken word. If you do anything shady during this encounter, you are putting yourself at risk for bodily harm, and it is more than likely recorded. — Rachel R. Young

I find it fascinating how the Trumpthumpers, alt-right and other assorted treason weasels have tried to reshape the narrative around Kaepernick’s protest, deliberately frothing against an argument that isn’t being made. It’s a gorgeous example of the classic straw man. It has nothing to do with the military, the flag or the anthem; it has everything to do with the killing of black men by police around the country. If you want to talk about the real subject of the protest, great. — Chris Coleman

There were not that many who made public comment, when compared to 2015 when they invited all of us for a public discussion on the issue. Of those who did comment Tuesday night, not all of them were there to request removing the statue. One commenter sarcastically asked where all of the alleged supporters of the monument were and why they were not showing up for public comment.

Maybe if this discussion were announced to the entire community like was done back in 2015, rather than secretly inviting specific people and groups on one side of the issue, we would see a better sample of the overall sentiment of this community regarding Fame. Contrary to what the Salisbury Post and mayor want us to think, only a small percentage of people in this area actually want this monument moved or edited. — Paul Fletcher

Everyone is encouraged to come to every City Council meeting. No one is secretly invited. The agendas for each meeting are posted several days ahead of the meeting on the city website. This was not an agenda item, just random people expressing their thoughts. — Renee Wimpish

The statue needs to stay where it is. History is history. We can’t change what has happened in the past, but we can learn from it and move forward. A new statue in the new park across the street is an excellent idea. — Toni Migliorino

With no tax money. — Larry Cole

Leave it. If you try to replace it with something else, someone will be offended by the new one — Marie Locklear

I’ve always considered it to be a statue of an angel holding a fallen soldier, no matter which war or nationality. Surely the citizens of Salisbury can live with that.

When we get important issues corrected, such as better education for our children and safety for our citizens, then we can discuss these minor issues of things that we find irritating around Salisbury. No. 1 on my list is all the speeders on Statesville Boulevard and Jake Alexander Boulevard. — Glenda Kearns

Relocate it to the museum by the courthouse that houses other slave memorabilia. — Lynne Goodjohn But it’s not slave-related. It’s not a monument to slavery; there never should be a monument to slavery. A monument to the victims of slavery — I would be in favor of that. Put it in the new park. — James Bostwick

Mr. Heggins, I am white and no one asked me what I thought about the statue. I say leave it where it is. — Michael Morgan

… A trailer for Taylor: Officers’ retirement celebration becomes something more

Thank you for your dedication to and care for the citizens of Rowan County. May God continue to keep and richly bless you. It will be hard to fill the shoes of these fine men. — Betty Cook

Congratulations to a bunch of dedicated professionals, especially to Pastor Taylor for his service to the Sheriff’s Office. — Patrick Carman