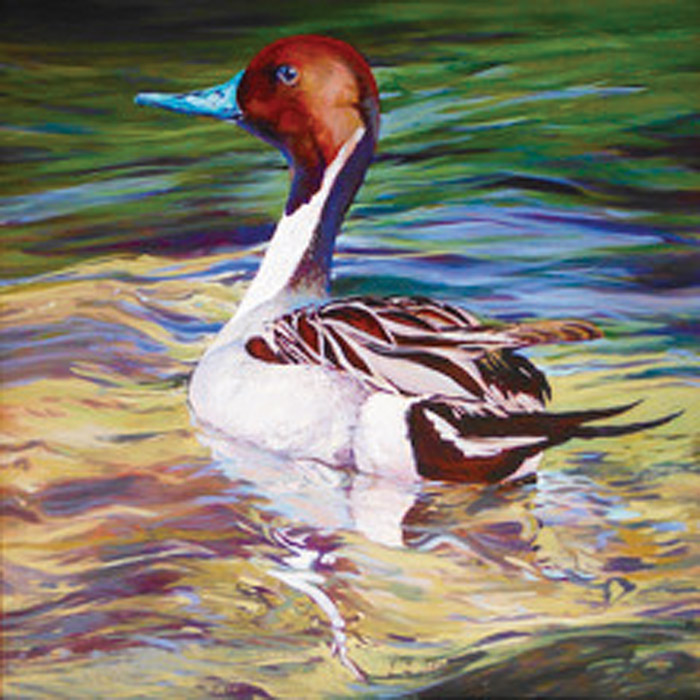 By James Taylor
On a late August day four years ago, Jim Taylor was attending the Carolina Artists’ Annual Exhibition at the Salisbury Civic Center and noticed a striking painting of a frog. Striking because the work drew him across that cavernous space. When he arrived he found an image with a strong center of interest, unusual composition and strong execution. Who is this new guy? I have to find him. Right then this fellow — Keyth Kahrs — comes up next to me and quietly says, “Are you James E. Taylor?” 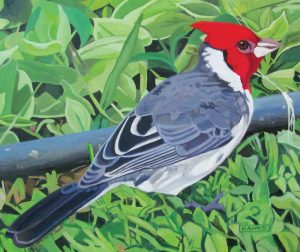 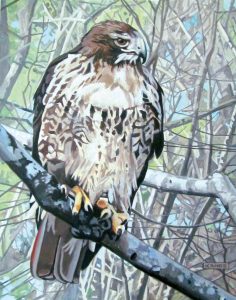 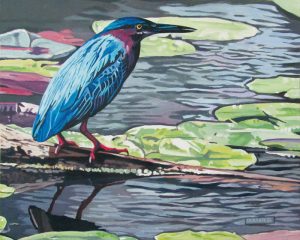 What serendipity! At that moment we revealed many things in common, namely our western roots and long years doing work in the trenches of commercial art, which informed our painting sensibilities.
We started having lunch together often, which I named “Meetings for Art Anarchy,” as Keyth rejoined with a guffawed — “you’re killin’ me.” We laugh a lot, recalling a heady rise in graphic art published in the California Underground Comics where we had both been born. Our sensibilities overlapped even as we were very fulfilled, adequately nourished even, in Salisbury’s slower hustle in art-making.
In early 2018 Keyth asked me to participate in a joint show and I immediately replied “YES!” We had decided we were two birds of a feather, brothers from other mothers!
Keyth Kahrs and Jim Taylor (whose work is signed James E. Taylor) will exhibit recent work in The Railwalk Gallery where Keyth is an Artist Member and Jim is a hanger-on, who exhibits in home in Salisbury where a developing, growing storage problem requires solution.
Keyth works in acrylics and Jim in oils. Extolling positive attributes about respective mediums, sharing critiques of sketches, some field trips, and a love of craft beer is the subject for lunch — Salisbury is a very exciting place in this era!
We both started developed as artists in graphics work, and watercolor painting. In our mature years, we have an appreciation for the challenged environment, and concern for disappearing creatures sharing our place in the sun. Water is integral as subject to both as humans and artists. The exhibit should illustrate what moves them with camera, pencil and brush — making art.

The exhibit Two Birds of a Feather will be at The Rail Walk Gallery, 413 N. Lee Street in The Salisbury Arts District, from Sept. 6-29. The exhibit is open each week in September, Thursdays, Fridays and Saturdays from 11 a.m.-4 p.m.

An opening reception for the artists will be held 6-8:30 p.m. on Friday, Sept. 7. There will be an interactive (which means a conversation and painting) demonstration of oil painting by famed raconteur and artist Jim Taylor on Saturday, the 15th of September at noon.
Please call to let him know you will attend, so we don’t overwhelm the space. Jim Taylor can be reached (cell or text) at 704-3107335 for a space.

Our Slippery Mother Tongue: A Light History of the…