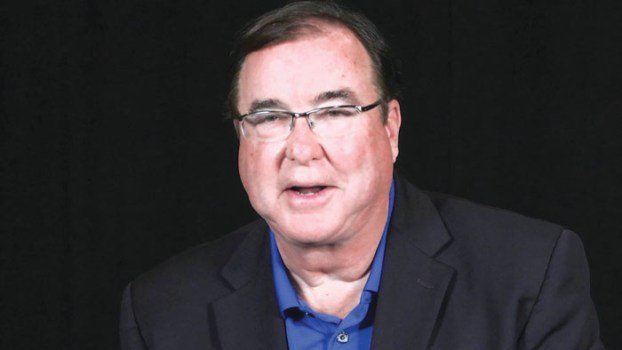 GREENSBORO — Mike Hogewood, a well-know sportscaster and instructor at Catawba College, died on Wednesday, it was reported by numerous news agencies.

Hogewood was a staple win the Piedmont Triad, working on many ACC sports broadcasts primarily with Raycom Sports.

He also did play-by-play for Fox Sports South and various other networks.

Prior to becoming a freelance announcer, Hogewood worked for many years as the sports director and as a morning news anchor at WFMY.

Hogewood briefly worked as the sports director at WGHP in the late 1980s.

ACC Commissioner John Swofford released a statement about the death of Hogewood:

“Mike was a dear friend of the ACC for as long as I can remember. Whether it was ACC Football, Basketball or Olympic Sports, he consistently brought his wealth of knowledge to fans across the league. He was a pillar of the Greensboro sports community from his many years as a sports anchor at WGHP and WFMY. Mike will be missed and our thoughts and prayers are with his family.”

RIP Mike Hogewood, a longtime fixture in ACC basketball and football. Hogewood brought passion, enthusiasm and kindness to everything he did in the ACC. A real pro. pic.twitter.com/m8Gbz2MdhO