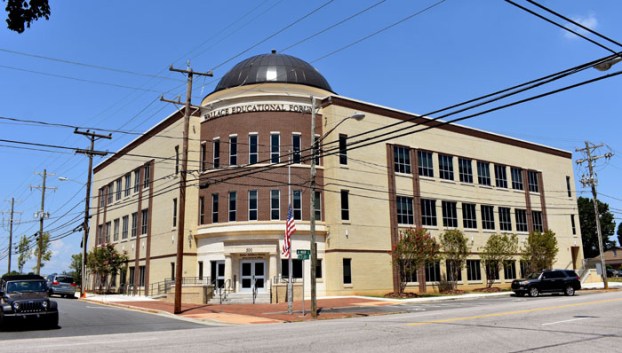 School performance grades are a state ranking system which relies on test scores and, to a lesser extent, improvement or growth of students. According to the N.C. Department of Public Instruction, the final grade is 80 percent test scores and 20 percent growth or improvement.

Growth expectations are determined by the state’s Education Value-Added Assessment System (EVAAS), which examines the impact of teachers, schools and districts on the learning of their students in specific courses, grades and subjects.

The majority of district schools stayed the course with a C grade (15) or D grade (9). However, more schools fell to a school performance grade of F — the lowest score — than last year. West Rowan Middle School and North Rowan Middle School both received an F grade, a step down from their Ds during the 2016-17 testing season. North Rowan Elementary has received an F grade for the past 5 years. Southeast Middle School was the only other school to drop its letter grade, from a C to a D.

But the news isn’t all bad — several schools managed to improve their rating, and Rowan County Early College maintains its position as the district’s sole school with an A rating. Other schools that improved their school performance grade include: China Grove Elementary, Landis Elementary and Salisbury High School.

To see whether a school improved its School Performance Grade, it is important to look at its School Performance Grade Score — a numerical representation of the grade. While many schools did not change their letter grades, their scores rose or fell. For example, Bostian Elementary maintained its B letter grade during the 2016-17 testing season, but managed to change its score from a 71 to a 76.

There’s good news outside of Rowan-Salisbury Schools, too. Kannapolis City Schools this year pulled itself up by its bootstraps and, for the first time in three years, will not be a low performing district. While four of the district’s eight schools received a D grade, one of them exceeded growth, therefore escaping a low perfoming designation. Only one other school exceeded growth. Kannapolis City Schools had no A, B or F schools.

Gray Stone Day School, located in Misenheimer, received a B rating and a school performance grade of 74. The school did not meet growth expectations.

N.C. Connections Academy, a local virtual charter school, received a D rating, a school performance grade of 52 and did not meet growth expectations.

This year is the first that states have had to follow guidelines instated by the Every Student Succeeds Act. The statute allows districts to further break down and measure student subgroups, including ethnicity and socioeconomic status. These results are included in the test score release today presented to the State Board of Education.

The Rowan-Salisbury Board of Education received the district’s scores at 1 p.m. today at the Wallace Educational Forum board room, 500 N. Main St.

It’s just more of the same with our weather. Today might include some lingering fog this morning but it will... read more