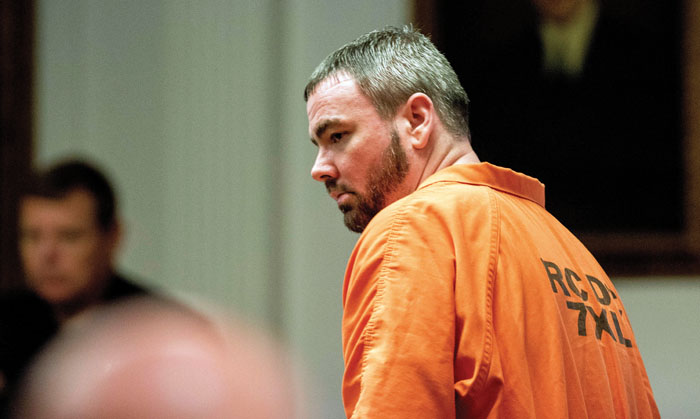 John Travis Turner, 34, received an active sentence of 77 to 126 months in prison, the maximum allowed, for manslaughter and two counts of felony child abuse. He will get credit for time served since his arrest in June 2014.

Prosecutors told Judge Joseph N. Crosswhite that their investigation of the case changed dramatically once they interviewed the surgeon who operated on Malaya in Charlotte.

The initial murder charge was predicated on the belief that Malaya received a fatal blow within four to six hours of being found unresponsive in her home on Jan. 19, 2014, Assistant District Attorney Paxton Butler said.

However, the amount of dead tissue a Charlotte surgeon found in the little girl’s abdomen indicated she had been injured 24 to 36 hours before her death, the prosecutor said. That expanded the number of people who had contact with her and could have played a role in her death. The district attorney’s office entered a plea agreement with Turner.

Malaya’s aunt, Alisha Nicole Carlisle, is also charged with murder in the child’s death and is out on bond awaiting trial. She and Turner had been living with Malaya’s mother and siblings and were caring for Malaya on the day she fell ill.

Malaya had broken ribs, a broken collar bone and blunt force trauma to the abdomen. The trauma cut off the blood supply to her intestines, and necrosis set in, Butler said. She went into septic shock.

“There is work left to be done,” Butler said. “We intend to deal with Ms. Carlisle in the near future and anyone else who deserves to be prosecuted.”

Butler said Malaya’s mother, Christy Moore, told investigators the child had been laughing and playing just hours before she was found unresponsive, when Moore went to work. Confronted with the surgeon’s statement about the girl’s injuries, Butler said, the mother changed her story and said Malaya was not fine when she left for work.

The Kannapolis Police investigation, led by Detective Jennifer B. Hyatt, also found that Carlisle and Turner had taken Malaya and her 2-year-old brother to Charlotte earlier in the day so Turner could buy heroin, and that another man accompanied them.

Malaya’s father, Jamie Heun, told the court a day doesn’t go by that he doesn’t think of Malaya’s smile and laughter. He can never hold her or kiss her good night again, he said — that was all taken away by the people he trusted to care for her. “This is the worst feeling a father could have,” he said.

The judge said it was hard to imagine the pain Malaya had to go through. “This is a really sad situation,” Crosswhite said.