James B. Carter: No political party has a monopoly on education 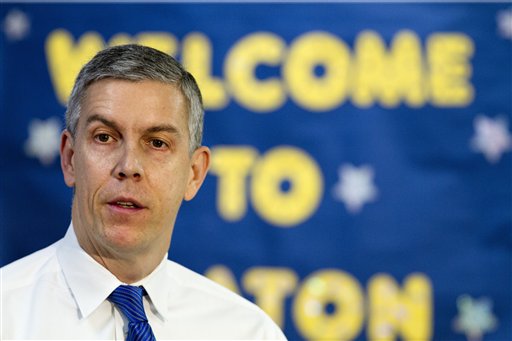 Being described as “partisan” can be powerful in a world too often divided. It can shift debates or shut down communication completely. So too can being affiliated with a union in a right-to-work state.

Sometimes RSAE favors the term “association,” but members are united in our goals. What we are not, however, is partisan by design.

As a seasoned educator, I know no one political party has a monopoly on public education — thank goodness. Regardless of whether one wants to assign blame or praise, current education policy has evolved with help from both major political parties.

Current policies favoring privatization and fund redistribution favored by Secretary of Education Betsy DeVos, Republican, build off ideas entrenched under Arne Duncan, Democrat, when he served in that capacity.

Under President Obama, corporate Democrats pushed through the Common Core State Standards and tied them to an increase in standardized testing. States were compelled to compete for federal “Race to the Top” funds. States qualified for them only if their leaders agreed to implement the new standards and extra testing.

The Obama administration’s efforts doubled-down on evaluative elements of No Child Left Behind, the ambitious but unrealistic program from George W. Bush’s Republican administration. Democrat Bill Clinton pushed greater emphasis on testing than had existed during the first Bush administration, suggesting states like Virginia, Texas and North Carolina, all of which had implemented various accountability measures, were the stalwarts towards which other state leaders should turn.

Much of what we see now as education policy is the result of decades of evolved response to a 1983 report titled “A Nation At Risk,” which suggested to the Reagan administration that continued national economic growth would stall if students did not get more instruction in basic skills and if schools were not held more accountable. The report was 1980s-speak for getting students college- and career-ready, a phrase heard often in school faculty meetings today.

Democrat Jimmy Carter started our current era’s trend toward national centralization of education policy when he established the federal Department of Education in 1980.

For better and/or for worse, our current education climate has been a bipartisan creation.

Similar to how some may want to give all credit or blame to one political party for contemporary education policy, many may perceive RSAE as a partisan-affiliated network. Generally, the assumption seems to be that all RSAE members are Democrats.

RSAE welcomes members of all parties. Membership marks one as part of a team of education advocates, not as a member of one political party. Of course, RSAE can only be as politically diverse as its membership. So, I invite you to attend our meetings, join ranks and bring your ideas with you.

RSAE seeks members eligible to join from across the political spectrum and who are amenable to our overall platform. Our current platform is as follows:

• To build relationships with those in the local community and within the political sphere who are friendly to leaders and teachers within Rowan-Salisbury Schools.

• To offer support to political candidates who pass our vetting process.

• To advocate for RSS’s students, teachers, and essential personnel.

• To provide educators with an array of professional development opportunities and benefits ranging from student loan elimination to retail discounts.

• To advocate for pre-K programs and manageable student-teacher ratios per classroom.

• To remain dedicated to true public schools and to oppose public funds funneled away from RSS to charter schools or voucher programs.

Carter teaches at Jesse C. Carson High School and is vice president of the Rowan-Salisbury Association of Educators.