DG Martin: Raleigh or Ralegh? No matter, the man was a force 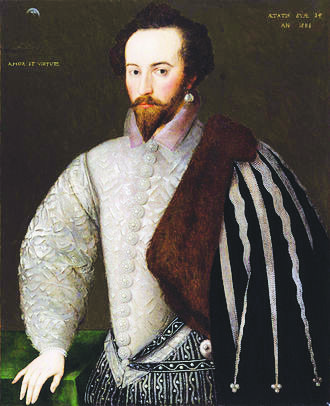 How in the world could this British author and scholar cost us so money?

Based on her comprehensive research, she argues that the last name of the Sir Walter, who organized and promoted the enterprise we now call The Lost Colony, should be spelled Ralegh rather than the way we have always spelled it, up to now, Raleigh.

If we were persuaded to change the name of our capital city, the state will have to replace hundreds of thousands of items of property that contain the Raleigh name, including the large expensive signs on highways.

However Sir Walter’s name is spelled in North Carolina, we will be marking the 400th anniversary of his death on Oct. 29. Beer’s upcoming book “Patriot or Traitor: The Life and Death of Sir Walter Ralegh,” not only makes the case for the “Ralegh” spelling of Sir Walter‘s name. It also complicates our image of him as a dashing, charming knight who earned the attention and affection of Queen Elizabeth by tossing his cape across a mud puddle so she could cross it without getting her feet dirty. Then, as we were taught, he used the charm to persuade the queen to support his efforts to establish a colony on the shores of what is now North Carolina.

As Beer explains in her new book, there is a whole lot more to Sir Walter, and a whole lot less.

Beer‘s book devotes only a few pages to Sir Walter‘s colony on Roanoke Island, Virginia Dare and our state’s founding myth, thereby saving space for other and more significant parts of his life in chapters titled as follows:

“Soldier:” In 1569, as a teenager, he fought with the Huguenot Protestants in France and later in Ireland.

“Coloniser:” As a favorite of the queen, he is given authority to establish settlements on the North American coast.

“Sailor:” No great sailor himself, he was nevertheless responsible for important naval actions and victories over Spanish naval forces.

“Lover:” Beer writes, “Sir Walter and his Queen were lovers, but it is highly unlikely that their ‘love’ was ever physically expressed. It was an eroticized political relationship, not a political sexual relationship, and Elizabeth was on top.”

“Explorer:” Although he never set foot on Roanoke Island, he personally led two ambitious, risky, and ultimately unsuccessful explorations to Guiana in today’s Venezuela in search of gold.

“Writer:” “Not a bad poet,” says UNC-Chapel Hill Professor Christopher Armitage. Beer heaps praise on his prose, “His writing stands shoulder to shoulder with that most remarkably rich and enduring of contemporary works, the 1611 King James Bible.”

Beer begins Sir Walter’s story, not with these looks into his extraordinary early life, but in 1603. In that first year of the reign of King James, Sir Walter was found guilty of treason for allegedly plotting against the new king. His sentence, quoted on the first page of Beer’s book, is a horrifying reminder of the gruesome justice of those times:

“You shall be drawn upon a hurdle through the open streets to the place of execution, there to be hanged and cut down alive, and your body shall be opened, your heart and bowels plucked out, and your privy members cut off, and thrown into the fire before your eyes…”

How Sir Walter was able to defer his execution for almost 15 years and use the time to continue active participation in public life is the material for Beer’s final chapters. In conclusion she writes, “Sir Walter Ralegh lived more lives that most people of his time, or of any time… Ralegh had a hunger for life, a longing for death, a despair for truth and a passion for words.”

D.G. Martin hosts “North Carolina Bookwatch,” which airs Thursdays at 5 p.m. and Sundays at 11 a.m. on UNC-TV. Today’s guests are Alex Harris and Margaret Sartor, authors of “Dream of a House.” Randall Kenan is guest host.

James B. Carter: No political party has a monopoly…