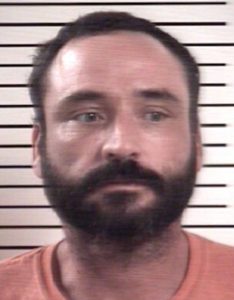 MOORESVILLE — A Kansas man is being held on $25,000 bond in connection after authorities intercepted a package that contained heroin and morphine, authorities said.

On Aug. 28, the Iredell County Sheriff’s Office Narcotics Division intercepted a package that was sent to the Mooresville area.

The package contained 11 grams of black tar heroin; 11 grams of China White heroin, which authorities suspect was mixed with Fentanyl; and 30 dosage units of morphine. The drugs had a street value of $5,500, authorities said.

“These are highly addictive and dangerous drugs, which could have caused overdoes and deaths in our community,” Sheriff Darren Campbell said. “This seizure is a direct result of the community and the Sheriff’s Office working together.”

Kenneth Rogers Brooks, 37, of Wichita, Kansas, was charged with felony conspiracy to deliver heroin and felony attempted trafficking in opiates. He was given a $25,000 secured bond.

By Shavonne Walker shavonne.walker@salisburypost.com SALISBURY — A Lexington man was charged with assaulting his girlfriend outside a local hotel, then... read more