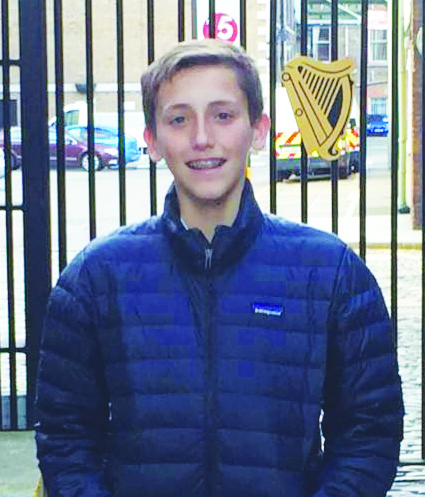 Salisbury banker Seamus Donaldson says he has supported efforts to establish a cancer care center in the city from the beginning, but going through son Colin’s treatment for Burkitt’s Lymphoma in Charlotte this year brought home just what the center could do for Rowan County families.

For several months, Novant Health Rowan Medical Center Foundation has been raising funds for a $24 million center to be built at the corner of Mahaley Avenue and Mocksville Avenue. The center won’t focus on children, like the St. Jude Affiliate Clinic the Donaldson family has been using at the Novant Health Hemby Children’s Hospital. But Donaldson says having all the services Colin needed in a central place, staffed by top-notch professionals, was a tremendous comfort to the family.

Past chairman of the Rowan hospital’s foundation, Donaldson had been working on the Salisbury cancer care center effort, which included work groups that tried to define what such a concept would look like. Fate gave his family a firsthand experience when Colin’s lymphoma was diagnosed in April. Colin was declared to be in recovery in August. The months between involved countless trips to the clinic — but the family is grateful everything he needed was on one place.

“It’s such a blessing to be able to go to Novant in Charlotte, and it’s all turnkey — they have everything right there,” Donaldson says. “It’s all under one roof, which is what this is about, getting everything under one roof.

“It makes you appreciate the goals and vision of this cancer care center and what it will do to help people.”

Fundraising for the center shifts into high gear this fall. On Sept. 19, the Rowan Medical Center Foundation will hold a capital campaign kick-off, recognize major donors and reveal the center’s name. Novant Health is providing $12 million of the $24 million total; the other $12 million has to be raised locally. The goal is to break ground in December and be treating patients a year later.

The ultimate goal is to help families weather one of the toughest storms life can throw at you. The Donadsons say they know what a positive difference a cancer center can make.

Other Voices: President should stop Googling himself