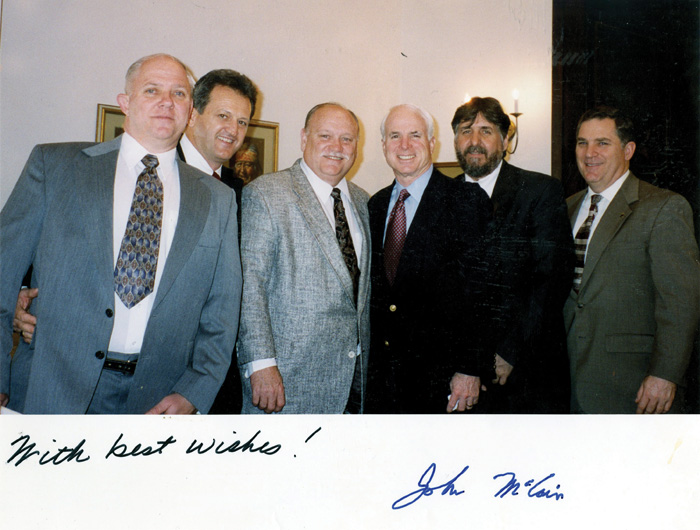 With the recent passing of U.S. Sen. John McCain, R-Ariz, Terry Osborne, general manager of of the Rowan-Kannapolis ABC Board, rummaged through some of his old photographs and found this image from 2002. Osborne says when he was chairman of the 12th Congressional District GOP, McCain told him once if he were ever in Washington to stop by his office. Osborne remembered that invitation and took Republican friends from Rowan County with him. From left, the men in the photograph are Rodney Cress, Osborne, Arnold Chamberlain, McCain, Dave Rowland and Harry Welch Jr. Chamberlain and Rowland were county commissioners at the time. Welch is a former register of deeds. The picture is signed by McCain.