Sara Farizan proves she is ‘Here to Stay’ 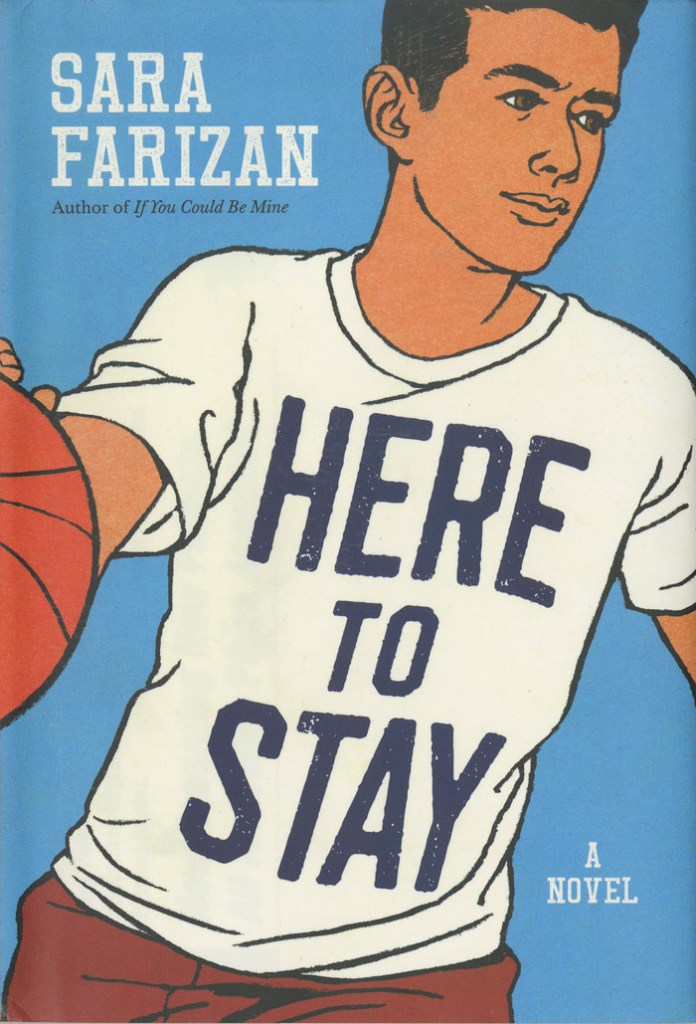 Sara Farizan’s new novel, “Here to Stay,” navigates high school life amidst the biases and bullying faced by an Iranian-American student in a politically-polarized society.

Farizan effortlessly tackles Islamophobia, cyberbullying and homophobia, while staying true to young adult themes of friendship and identity in this powerful exposure of how students from diverse backgrounds are affected by today’s school politics and Internet-driven society.

Though Farizan is a Boston native and resident, the inspiration for “Here to Stay” came from events that transpired in Chapel Hill in February 2015. She told Entertainment Weekly that she “felt incredibly heartsick” after “the murders of three young people, Deah Barakat, Yusor Abu-Salha, and Razan Abu-Salha,” college students at N.C. State University and University of North Carolina School of Dentistry. After such a heinous ordeal, creating the main character, Bijan, “was a way for me (Farizan) to channel how I was feeling.”

Bijan Majidi loves playing JV basketball, reading comic books and keeping a low profile at Granger School — all things he has done successfully since his freshman year. That is, until he gets off the bench and into a varsity playoff game in his junior year to make the winning basket for the Granger Gunners.

Almost instantly, Bijan is propelled through the social hierarchy, gaining attention from his peers and his long-time crush, Elle, one of the most popular girls at Granger. He is met with invitations to parties and admiration in the hallways, but unfortunately, not everyone likes that he has become a school hero.

After an anonymous source sends a photoshopped image of Bijan to the entire student body portraying him as a terrorist, his life is propelled into chaos. People quickly take sides, and even though Bijan wishes that the entire ordeal would blow over, it becomes increasingly obvious that the situation has become much larger than him. A blanket of hatred sewn by the Granger community nearly suffocates Bijan, and his internalized anger causes further animosity between him and his not-so-supportive teammates.

This heartfelt testament to the thick armor today’s youth has developed to withstand bullying, especially through the Internet and social media, sheds light into subjects not usually discussed in YA novels. After her groundbreaking debut novel, “If You Could Be Mine,” which follows two girls in love and in danger in Tehran, “Here to Stay” sets the stage for a new subgenre in contemporary YA fiction that spreads awareness of the social issues that arise in today’s Internet-driven society.

As in “If You Could Be Mine,” Farizan infuses tinges of Iranian history into her characters, making Bijan’s character more dynamic. In many ways, Bijan is a relatable reflection of how most adolescents choose to see themselves: resilient in attitude with a strong shield against negativity.

Teens often struggle to find their own unique identity, and, instead of exploring who they could be, it is easier to cling to trends and gossip to embody what they think society wants them to be. Bijan’s journey through this process, from repressed emotions to accepting emotional vulnerability, displays an untouched part of adolescence that many teens will benefit from.

Despite the seriousness of the subjects Farizan takes on, she manages to keep her prose relatable, funny, and, above all, blunt. YA novels rarely portray male characters as complex, but the layered prose she uses in Bijan’s thoughts give insight into a largely untapped character type.

Well-developed supporting characters are essential to any engaging YA novel, and “Here to Stay” does not disappoint. Bijan’s small friend circle, as well as his not-so-friendly teammates, are versatile characters with subplots that intertwine seamlessly with the storyline.

Couple that with the issues that each struggle with individually, and any reader, teen or adult, can relate to at least one of Farizan’s characters. From the misunderstood popular girl to the outraged parent, there is a lesson to be learned for everyone.

“Here to Stay” is refreshingly frank, revealing the unsettling truth that the very social stigmas we pretend we have conquered still exist. Prepare for a rollercoaster of emotions, from frustration to inspiration, but more than anything, gratitude for Sara Farizan and her ability to bring heavy topics into a genre notorious for its shallowness.