Kaepernick scores first, but likely no winners in the end 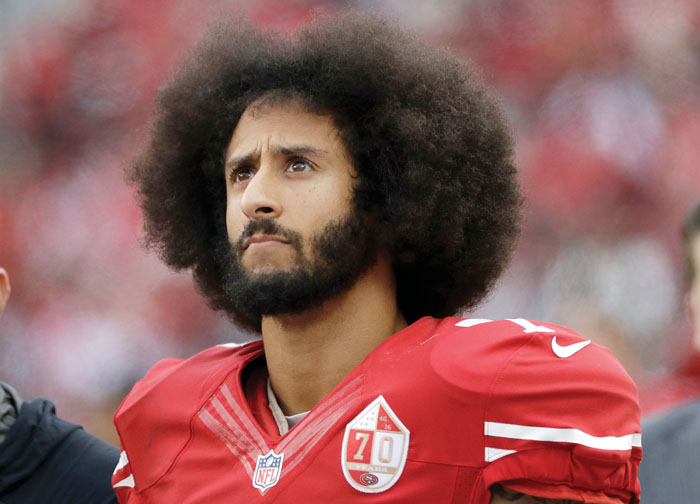 FILE - In this Dec. 11, 2016, file photo, San Francisco 49ers quarterback Colin Kaepernick stands in the bench area during the second half of the team's NFL football game against the New York Jets in Santa Clara, Calif. An arbitrator is sending Kaepernick's grievance with the NFL to trial, denying the league's request to throw out the quarterback's claims that owners conspired to keep him out of the league because of his protests of social injustice. (AP Photo/Marcio Jose Sanchez, File)