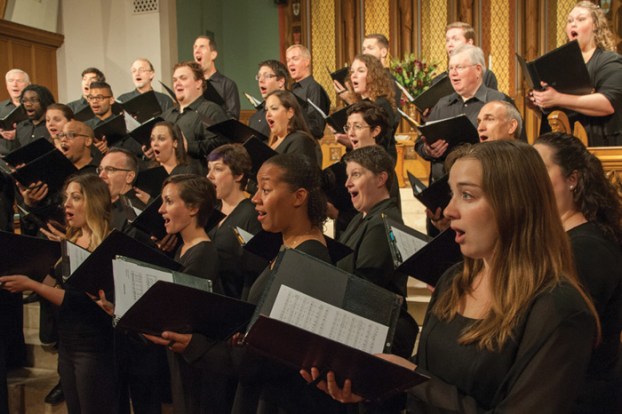 FirstARTS concerts
The FirstARTS series of First United Methodist Church announces its 11th season of concerts, beginning Sept. 14 at 7:30 p.m. with a concert titled Jazz Classique, featuring pianist John Mochnick, vibraphonist Roberts Oriheula, bassist Matt Kendrick, and percussionist John Wilson. The concert fuses popular classical tunes performed in a jazz style.
Other concerts in the series include performances by renowned North Carolina soprano Andrea Edith Moore, a graduate of the North Carolina School of the Arts and Yale University, performing a concert of German lieder and American art song with pianist Klaus Dieter Jung from Hamburg, Germany on Oct. 26.
A highlight of the series will include the appearance of the Greensboro-based professional choral ensemble Bel Canto Company on Dec. 6. Under the direction of Dr. Welborn Young, this choral ensemble is one of the finest professional choirs in the state. Their performance will feature spirited carols and music of the season.
A $10 suggested donation is requested. 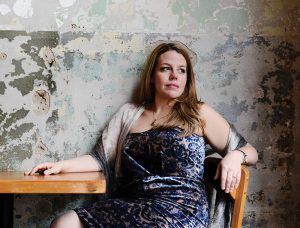 Fridays@First
Each year, FirstARTS also includes a mini-series called Fridays@First, 30-minute noonday concerts throughout the season of Advent.
The series welcomes organist Dr. Joseph Causby, newly-appointed organist-choirmaster at Chapel Hill’s Chapel of the Cross, the Women’s Chorus of Charlotte’s Myers Park United Methodist Church and a return appearance of singers from the formerly known Lee Street theatre Cabaret Show.
In addition to the church’s annual Festival of Nine Lessons and Carols on Dec. 16, the series continues in the New Year with a performance by Georgia-based organist Alvin Blount, performing music of Bach, Buxtehude, Karg-Elert and spiritual arrangements of Calvin Taylor and Richard Elliott on the 53-rank Schantz-Parkey pipe organ.
In April, FirstARTS hosts a performance of Bob Chilcott’s St. John Passion, a dramatic yet optimistic re-telling of the Passiontide story on Palm Sunday, April 14. The performance, accompanied by brass quintet, organ, strings and timpani, will feature soloists Wade Henderson as the Evangelist, Scott MacLeod as Jesus, Jason McKinney as Pontius Pilate, and Kristin Schwecke as soprano soloist. 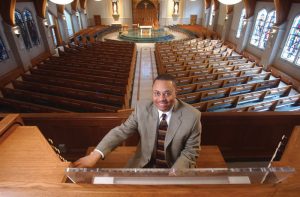 On May 5, FirstARTS’ annual Concert for Community Collaboration will benefit Meals on Wheels of Rowan, partnering once again with the Carolina Artists Guild to produce “This is My Father’s World: Inspirations from Creation and Beyond.” 15 percent of art sold will benefit Meals on Wheels of Rowan.
The series concludes with the joined choirs of St. Luke’s Episcopal Church and First United Methodist Church presenting a Service of Choral Evensong on June 2, held at St. Luke’s Episcopal Church with a reception following at the 1815 Utzman-Chambers House.

Delicate as a Flower and Tough as Steel: An interview with the ‘Steel Magnolias’ director