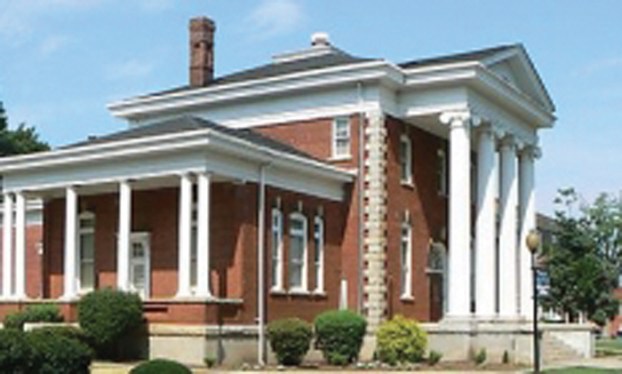 SALISBURY – Livingstone College has received a $500,000 grant from the National Park Service to help rehabilitate its Andrew Carnegie Library.

The grant, funded through the Historic Preservation Fund and administered by the Park Service, was announced Monday as part of $8.6 million in total grant funding to support projects that preserve historic structures on the campuses of 18 historically black colleges and universities.

“This award will enable Livingstone College to repair the roof, update the HVAC and electrical systems, and install more connections for high-speed internet,” said Carolyn Duncan, vice president of academic affairs and author of the grant proposal. “We will bring in 21st century conveniences for our public while retaining the historical grandness that makes this building so special.”

The committee and Johnson started working together in the fall of 2017, collecting historical information, quotes from contractors and input from people such as Karen Hobson of the Historic Salisbury Foundation.

“Hobson loves historical buildings and wants to preserve them for the heritage they add to the community,” Duncan said.

Duncan, who is also a Livingstone College graduate, led the committee in crafting the winning proposal.

“It was a labor of love,” she said. “It was heartbreaking to see such a magnificent building start to deteriorate.”

Andrew Carnegie Library opened in 1893 on the second floor of what was then Hunnington Hall. W.H. Golar, Livingstone’s president at the time, along with Booker T. Washington and Bishop George C. Clinton secured $12,500 from Andrew Carnegie in 1905 for construction of the first library  on campus.

The building was named in honor of Carnegie, an American industrialist and philanthropist. It was dedicated in 1908.

Because of increased enrollment and expanding collections, the library’s size became inadequate. The first expansion was in 1948 thanks to a donation from the General Education Board. The second expansion was in 1958, doubling stack and seating capacities. A third edition provided several luxuries, including carpet, air conditioning and a new basement.

The current collection has more than 60,000 volumes housed in general and reference stack areas. Special collections include the African-American Collection and a small American Methodist Episcopal Zion Church collection, as well as some private collections of local scholars.

“We are extremely honored and excited to be a recipient of this half-million-dollar award which allows us to sustain the Andrew Carnegie Library and support learning and teaching throughout the school,” Jenkins said. “We are grateful to the National Park Service for its support to HBCUs in historic preservation as we strive to advance in a global economy.”

Jenkins also said he is grateful to the federal grants and contracts committee, Laura Johnson and Duncan for their commitment and hard work on the project.

“HBCUs have played an important role in our country’s pursuit of equality, civil rights and higher education for all Americans,” said National Park Service Deputy Director P. Daniel Smith. “These grants will help restore and enhance landmark buildings that are a source of pride on campuses in nine states.”

The HBCU grants support the preservation of sites on campuses that are listed in the National Register of Historic Places. Eligible projects include pre-preservation studies, architectural plans and specifications, historic structure reports, and repair and rehabilitation of historic properties.

GRANITE QUARRY — It was the first time many of the sixth-graders had been inside the gym at Erwin Middle... read more