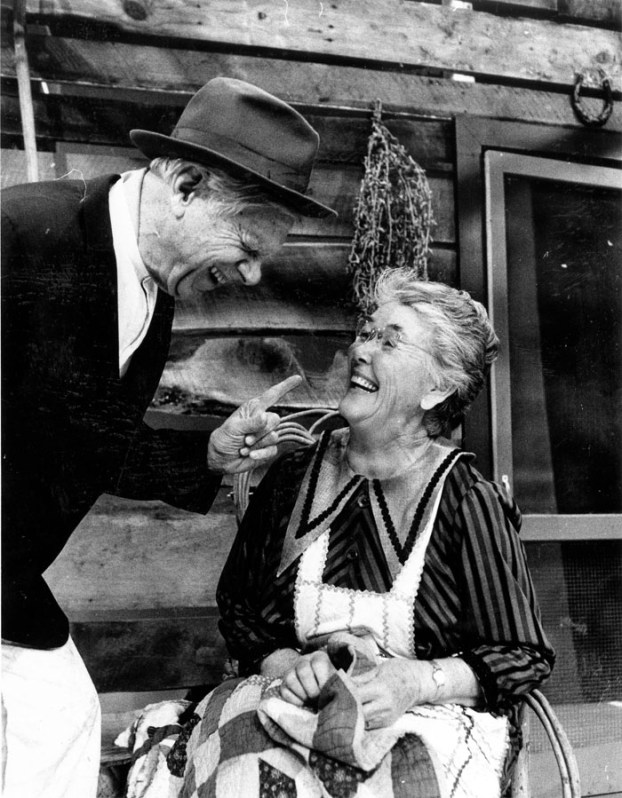 This photograph from the Salisbury Post archives shows a Piedmont Players scene between Francis Cook, left, and Lou Murphy, who were starring in the December 1991 production of ‘Foxfire’ at Catawba College’s Hedrick Little Theatre. Murphy was playing the role of Annie Nations, living in the Georgia mountains and fighting to stay there and do things her way. Cook was in a flashback role, of sorts, playing as Annie’s deceased husband, Hector. One reviewer, Steve Bouser, wrote, ‘The poignant acting performances by our own Lou Murphy as an Appalachian mountain woman and Francis Cook as her (dead) husband were simply irresistible. I don’t know when there have been so many tears flowing in one small theater.’

In this Memorial Day (May 27) 1991 photograph from the Salisbury Post files, retired Col. Tom Ferebee stands next to... read more