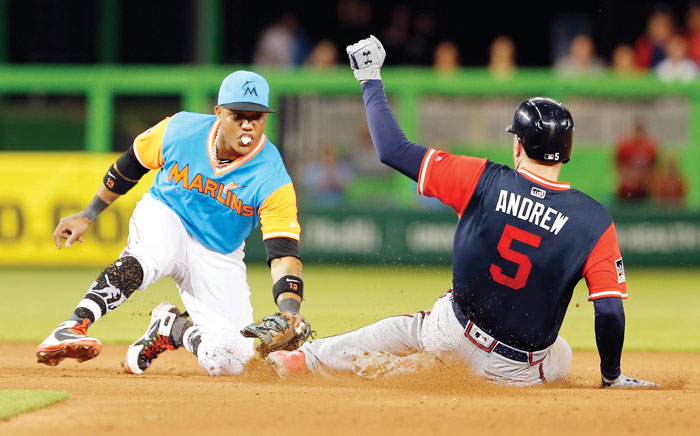 Atlanta Braves' Freddie Freeman (5) is tagged out at second base by Miami Marlins second baseman Starlin Castro after he tried to stretch his single in the seventh inning during a baseball game in Miami, Saturday, Aug. 25, 2018. (AP Photo/Joe Skipper)