‘Little Women’ is 150 years old, but its impact endures 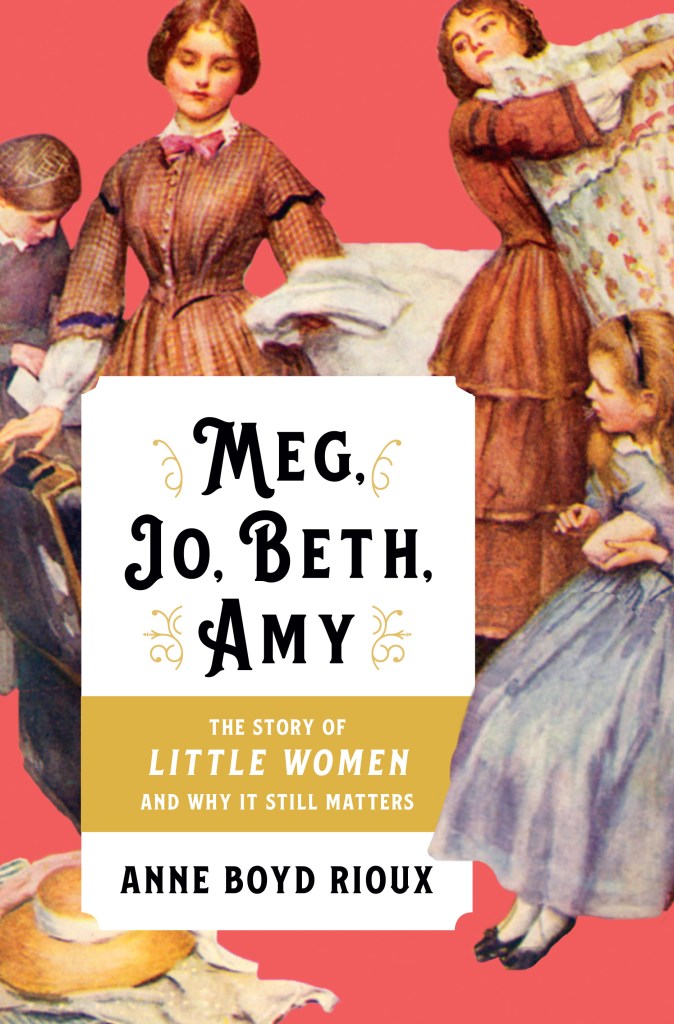 Meg, Jo, Beth, Amy: The Story of Little Women and Why It Still Matters

Back in the 1960s, my friends and I thought we had two choices when we grew up: We could be wives and mothers or career women. Even though there were some women “having it all,” this was before Title IX, back when Women’s Lib was shocking the suburbs and the smoke from bras was only just beginning to filter up to the sky.

Today, of course, our ideas about middle-class women’s lives have expanded. You can be a wife and a mother and have a career. You don’t have to be a wife to be a mother. You can have your own wife! These are all reflections of what, in the 19th century, used to be called “the woman question”: What role should women play in society?

No matter how we answer that question, one thing is clear, thanks to Anne Boyd Rioux’s highly entertaining and eminently sane “Meg, Jo, Beth, Amy: The Story of Little Women and Why It Still Matters.” Our answers have been informed by Louisa May Alcott’s “Little Women.” Even if we didn’t read it. Even if we hated it.

“Little Women,” it turns out, has played an outsize role in shaping our ideas about women and men — yes, men — because so many people have read it over the course of so many generations. And not just any people, but cultural icons such as Simone de Beauvoir, Patti Smith, Margo Jefferson, Bell Hooks, Gloria Steinem, J.K. Rowling, Teddy Roosevelt and John Green, to name a few. It has been translated into over 50 languages and adapted for television all over the world. Until recently, it was one of the most popular assigned readings in high school.

Rioux acknowledges that fewer people read novels these days, and yet Alcott’s story, which is celebrating its 150th birthday this year, has filtered down to us through television shows that draw on Alcott’s methods and themes, including “Girls” and “Gilmore Girls.” There have also been many movie adaptations, starring some of the most famous actresses of the time, from Katharine Hepburn to Winona Ryder and Claire Danes.

Rioux, a professor at the University of New Orleans and the author of the highly praised “Constance Fenimore Woolson: Portrait of a Lady Novelist,” paints a compelling portrait of Alcott, giving us fascinating insights into the creation of “Little Women.” For example, Alcott wanted her main character Jo to be a “literary spinster,” but finally caved to pressure from the publishers and readers to marry her off. Alcott herself never married, writing, “I’d rather be a free spinster and paddle my own canoe.”

To help those who have never read “Little Women” (or who have forgotten it), Rioux provides an overview of the plot and the central characters. These four girls, she argues, have become stand-ins for four types of femininity that still shape our thinking today. Meg, a homebody, opts for a traditional life of wife and mother. Beth, a self-sacrificing martyr, is too good for this world. Jo, a tomboy, wants to be independent and write. Amy, the pretty one, wants to be an artist. For generations, women have measured themselves against these characters, writes Rioux, asking themselves if they are a Meg or a Jo, a Beth or an Amy.

For female writers, in particular, Jo is the real heroine. Elaine Showalter has called her “the dearly cherished sister of us all.” The Ephron sisters both considered themselves Jo types, and Bell Hooks wrote that she felt “a little less alone in the world” after encountering the character. Poet Elizabeth Alexander declared that the novel helped her understand “what it meant to be an independent woman who loved your family, but defined yourself away from your family.”

And yet, “Little Women” has also been controversial. Rioux cites critics who argue that it is an anti-feminist, deeply conventional text. Rioux does not disagree that there are troubling ambiguities, but she sees them as a strength, offering “its readers multiple options … Jo is both writer and family member, revolutionary role model and little woman, male-identified tomboy and feminine nurturer.”

“Little Women,” Rioux suggests, should be more widely read, as it allows both male and female readers to see that women are capable of being “multiple selves.” It offers a vision of maturity that can help girls today overcome the demeaning images they face. In Alcott’s world, self-reflection, integrity and ethical convictions are the essential tools for growing up — not how beautiful you are or how many followers you have on Instagram.

Gordon is the author of “Romantic Outlaws: The Lives of Mary Wollstonecraft & Mary Shelley.” She is a professor at Endicott College.