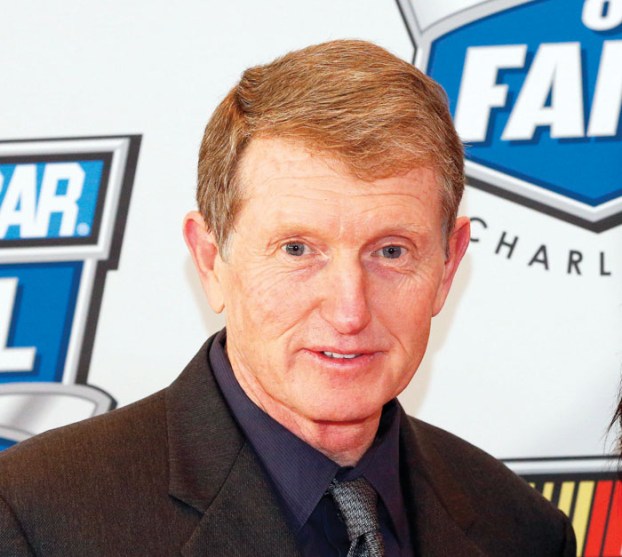 AP Photo/Nell Redmond, File ... This is a Jan. 30, 2015, file photo showing Bill Elliott at the NASCAR Hall of Fame in Charlotte. Hall of Famer Bill Elliott got behind the wheel again to drive in NASCAR’s Xfinity series race at Road America. He finished 20th.

ELKHART LAKE, Wis. (AP) — Race leader Justin Allgaier watched in the mirror as the two cars closest to his Chevrolet made contact, essentially bumping his two closest rivals out of contention.

The coast was clear for Allgaier to sail to victory Saturday at Road America for his fourth win of the season.

But Allgaier kept thinking about everything else that could go wrong.

What if he didn’t hit his mark on a turn? What if his car ran over a debris on the track? What if he just ran out of fuel?

“Ok if I run out of gas I may not go back to the garage area,” Allgaier said in recounting his internal conversation. “I may just walk back home to Charlotte.”

Instead, he’ll head back with his second victory in three weeks, both coming on road courses, after pulling away over the final five laps.

The victory erases the sting of a close call in 2011, when Allgaier led late in the race before running out of fuel during a yellow flag.

This time, Allgaier was the beneficiary of late-race commotion.

With three laps to go, second-place James Davison and third-place Justin Marks were jockeying for position trying desperately to catch Allgaier when their cars spun out around a tight left turn.

Tifft blew past Davison and Marks. But no one could catch Allgaier, who started 11th. The victory allowed him to leapfrog Christopher Bell atop the series driver standings.

“I never would have thought we could have a dream season like this one,” he said with a smile after wiping sweat off his forehead. “Two road courses … would you believe that?”

NASCAR Hall of Famer Bill Elliott finished 20th after coming out of retirement to take his first ride Xfinity ride around Road America. The 62-year-old Elliott started 23rd, then climbed up to 17th before spinning out and falling back.

The old-school driver would have loved the racing at the front of the field. It was an entertaining afternoon for NASCAR during an off week for the top-level Cup circuit.

Most of the attention coming into the race fell on Road America rookies like Elliott. British racer Katherine Legge, who was driving in her second NASCAR race, finished 14th.

IndyCar driver Conor Daly, who was making his NASCAR debut, finished 31st. A suspension issue forced his No. 6 Ford into the garage after 35 laps.

Elliott had his son, Cup driver Chase Elliott, spotting for him on Saturday. He may not have that job again if the elder Elliott returns to race again.

“He didn’t say much. He didn’t help me enough,” he said with a smile.

Bill Elliott said his goal this weekend was just to get used to the car again, drawing on the experience of decades on the track.

For now, Road America may be the finish line.

“I doubt it,” he said when asked if he would return. “This was a lot of fun, a good time. These guys are serious racers. I felt like I held my own pretty good … It’s just hard to put it all together.”

Legge started 26th in the 40-car field before climbing all the way up to third in Lap 23. She spun out on the back end of the course on the next lap to drop her out of contention.

Still, it was another good showing for someone just getting used to NASCAR. A former IndyCar driver, Legge has three wins and nine podium finishes over the last two seasons in the IMSA WeatherTech SportsCar Championship series.

Tifft was treated at the infield medical center after the race and given fluids before being released after about an hour. “Gave it everything I had today!!! Wish we were walking out of here with the (trophy) but man am I proud of the weekend my Richard Childress Racing team had,” Tifft posted on Twitter .

The series moves to Darlington on Sept. 1.