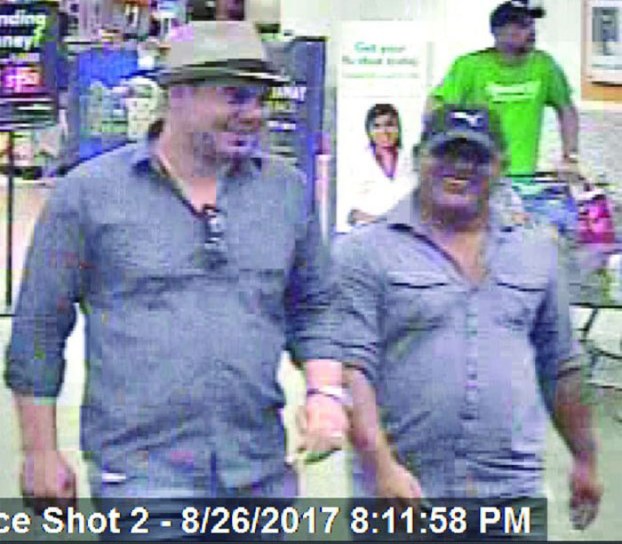 GREENSBORO — Two men charged in September in a gas pump and debit-card skimming scheme were sentenced Friday to just under three years in federal prison and ordered to pay more than $21,000 in restitution.

Elio Arturo Rodriguez-Mendez, 47, of Miami, and Jean Jesus Rodriguez-Silva, 33, of Louisville, Kentucky, pleaded guilty on May 10 to one count each of conspiracy to commit bank fraud.

Both men were sentenced Friday by U.S. District Judge William L. Osteen Jr. to 33 months in federal prison. They also were sentenced to three years of supervised probation upon release and ordered to pay $21,931.09 in restitution.

The Rowan County Sheriff’s Office began its investigation after someone contacted the agency to report fraud. Detectives traced the use of the victim’s stolen debit card information and identified Rodriguez-Mendez and Rodriguez-Silva through surveillance video from several Walmart stores.

The men used the victim’s card and other cards to make purchases at area stores. At all the stores, the men left in a silver pickup with a Florida license plate.

On Sept. 7, an officer saw a truck matching the description and followed it to a Salisbury hotel. The officer recognized two people in the truck from the surveillance video.

Authorities say Rodriguez-Mendez was the driver and Rodriguez-Silva was a passenger.

The pair had devices commonly used in card-skimming at gas pumps. Most of the victims had patronized businesses in Salisbury and Rockwell.

A GPS unit in the truck belonging to Rodriguez-Mendez showed a stop at a Rockwell gas station while it was closed. An audio recording recovered from the GPS captured people apparently discussing in Spanish the proper way to install a gas pump card-skimming device.

The case was investigated by the Rowan County Sheriff’s Office and U.S. Secret Service. It was prosecuted by Assistant U.S. Attorney Anand P. Ramaswamy, a cybercrime prosecutor for the Middle District of North Carolina.

• The rebirth of downtown Salisbury’s Empire Hotel faces one more obstacle before work can begin.  • How’s your broadband... read more