What do you know about the ginkgo tree? 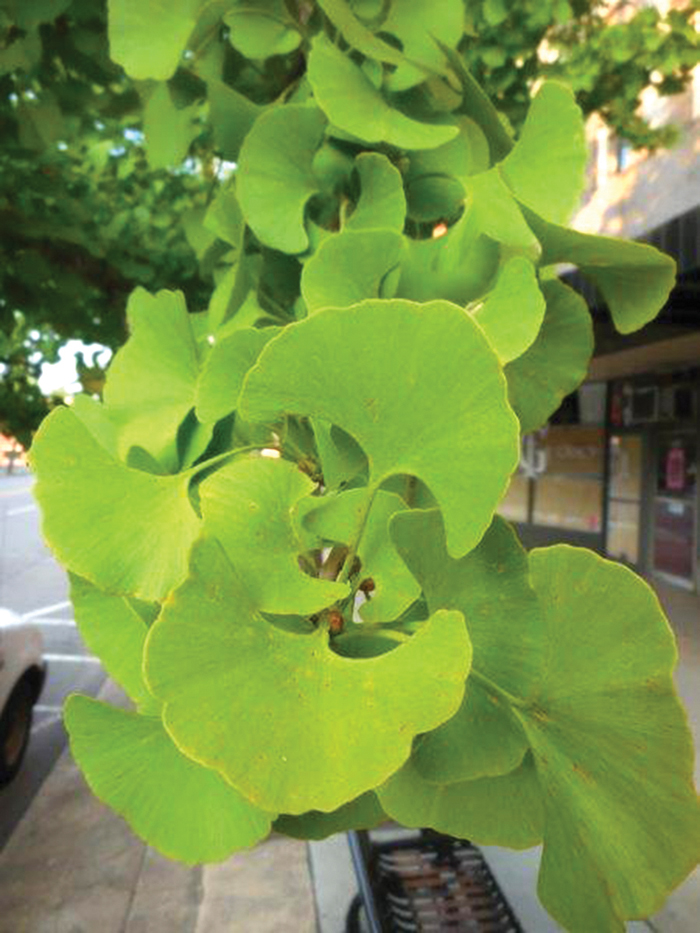 In the 200 block of South Main Street in Salisbury are what have been described as “living fossils.”

Commonly known as the ginkgo tree or Maidenhair tree the Ginkgo biloba is the only living species in the division Ginkgophyta. What does that mean? For example, an oak tree may be related to maple trees and there are white oaks, willow oaks and post oaks but a ginkgo is one of a kind.

There are cultivars such as Princeton Sentry or Autumn Gold, but the closest related tree or plant to a ginkgo tree is the pine tree and the fern.

Fossils of large, fern type trees that are 270,000,000 years old have been discovered that look similar to the ginkgo tree. Ginkgo trees are native to China, where they are cultivated for their fruit and seeds.

Trees selected for our downtown plantings on 200 South Main Street are all grafted male trees because they do not produce fruit. The female Ginkgo tree starts producing fruit around 20 years old; the fruit is prolific and has a really bad smell.

There are also ginkgo trees on the 100 block of South Church and Military Avenue. Ginkgo trees are great urban trees because they are slow growing, long living, drought- and insect-resistant. At some Chinese temples, there are ginkgo trees 1,500 years old and some claim some trees are 2,500 years old.

Is there a connection to Salisbury and the ginkgo tree? Yes and no. Some early naming of the ginkgo tree recognized a botanist named Richard Salisbury. In the early 1900s, a U.S. ambassador brought back ginkgo tree seedlings from China and gave them to N.C. senator Lee Slater Overman. They were planted around the local historic district; only a few are known to survive today. One ginkgo tree is located at the library on South Church Street and another is in front of the Wallace house on South Fulton Street.

Ginkgo trees have a unique green leaf that turns a brilliant yellow in the fall. If you are looking for an unusual and hardy tree to plant in you landscape, consider ginkgo biloba.

Pasta is the way to go when you’re in…