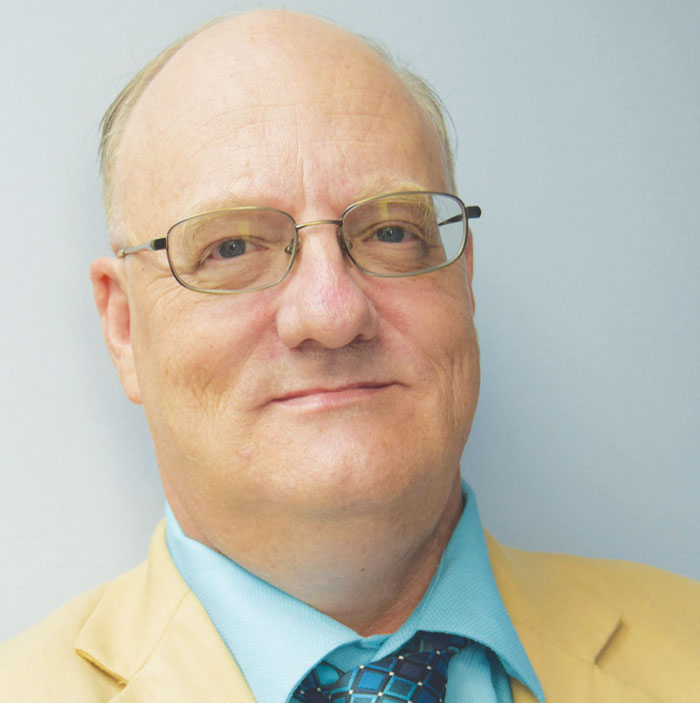 SALISBURY — Larry Bolen knows a thing or two about education.

“I have taught everything from eighth-grade health and P.E., science, all the way through chemistry,” he said.

Bolen, 53, is an Air Force veteran and retired teacher. He said he decided to run for the Rowan-Salisbury Board of Education because “it’s a chance to give back.”

Bolen is vying for the board’s Seat 1, which represents the North district. Also running for that seat is Kevin Jones, who currently sits on the Spencer Board of Aldermen. Incumbent Richard Miller did not file for re-election.

Bolen thinks he can bring something special to the Board of Education — the perspective of a teacher.

“I think it’s time we do some things different, because right now I see us doing the same things over and over, and nothing’s changing,” he said.

After being medically discharged from the Air Force, Bolen pursued a career as an educator, saying he fell in love with the “lightbulb moments” he saw in students when they understood a concept. Eventually, he landed a teaching position with Rowan-Salisbury’s alternative program, which became Henderson Independent High School.

Bolen retired from teaching for health reasons in 2014.

His experience in alternative programs and at Henderson makes him a strong advocate for improving the district’s career and technical education offerings. He said he’d like to see some of the space at West End Plaza be converted into a vocational school.

“Not everybody’s going to go (to college),” he said.

Bolen said he’s not a fan of restart schools and the district becoming a renewal school system.

Bolen said he feels it’s the state’s way of saying that the district is so poor and in such bad shape that it’s giving Rowan-Salisbury one final chance before it steps in to take over.

“Something’s got to change,” he said.

He advocates for getting rid of the one-to-one policy and focusing on creating a technical education path and a college preparatory track for students.

He would also like to see the district focus on improving Henderson Independent High School.

He has served on the Spencer Zoning Board of Adjustments and was an advisory member of the Essie Mae Kiser-Foxx Charter School board. He also is pastor at New Shepherd Missionary Baptist Church in Cooleemee.

Bolen and his wife, Sherri, have been married for 32 years. They has five children.