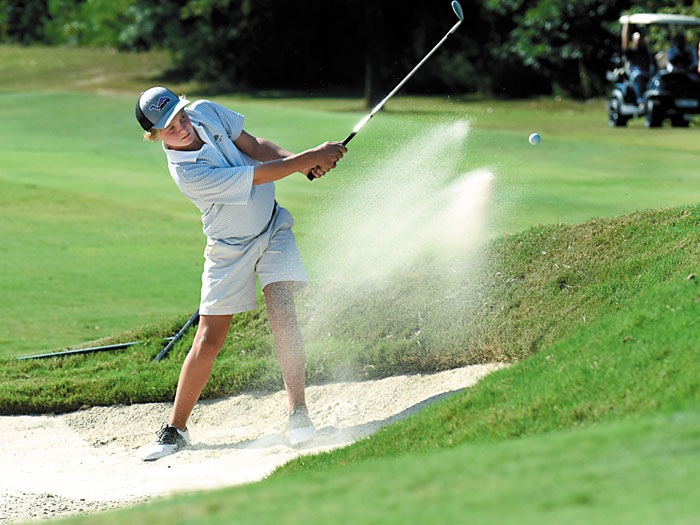 Charlie Barr, shown during the 2016 Labor Day tournament, blasting out of the sand trap on the 13th green at the Country Club of Salisbury. ... File photo by Wayne Hinshaw, for the Salisbury Post

Friday’s best score in the open division came from Charlie Barr and partner Josh Brincefield — a 66. Barr is a former champion of the event.

The low score in the women’s division on the first qualifying day was a 74 by Susan Morris and Sandra Brink.

David Roueche and Steven Vail led the way in the super senior group with a 68, while Stan Honeycutt and Randy Bingham’s 68 leads the senior division.