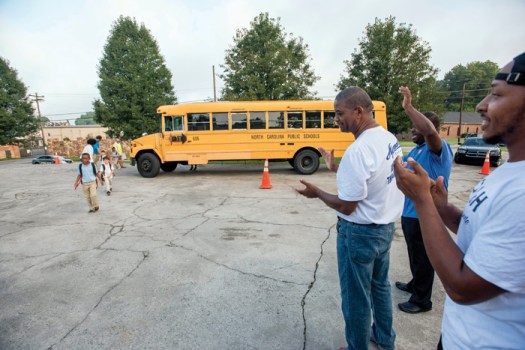 The Essie Mae Kiser-Foxx Charter school, with an enrollment of slightly more than 150 students, was a buzz with activity as students gathered for a morning assembly. Jon C. Lakey/Salisbury Post 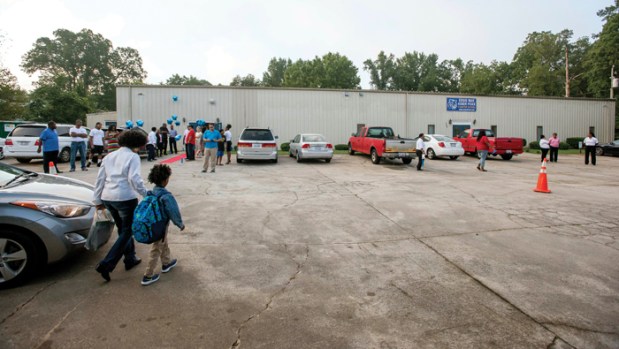 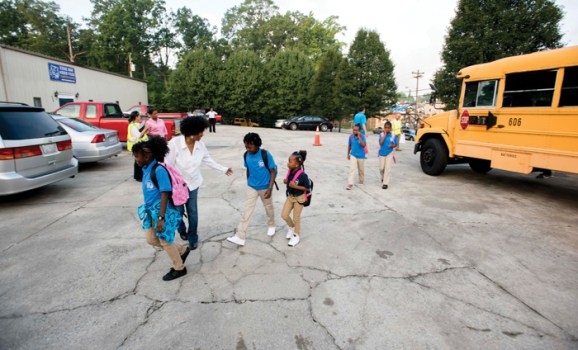 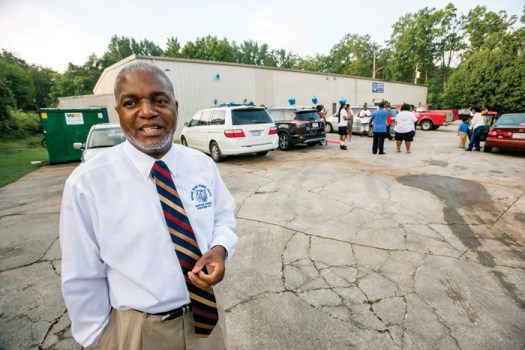 Principal Jonathan Pullin stands in front of the school while students arrive for the first day of classes. Jon C. Lakey/Salisbury Post 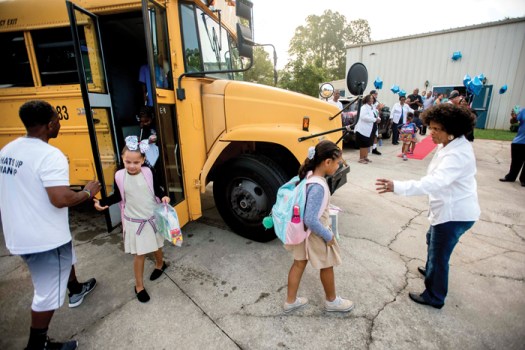 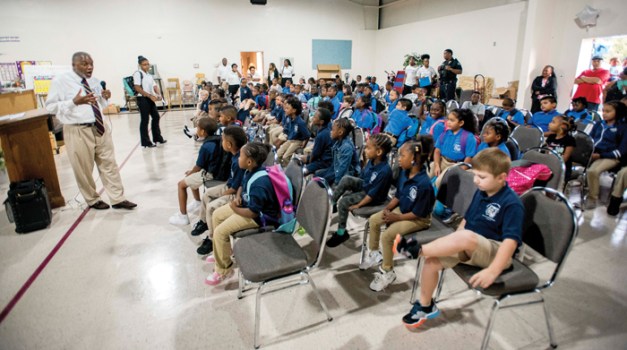 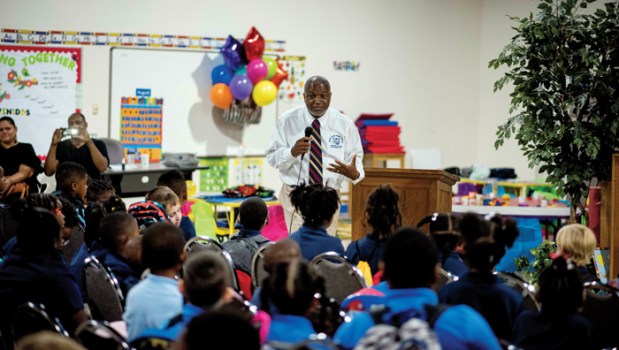 EAST SPENCER — Students were greeted with cheers and applause as they walked the red carpet to enter Essie Mae Kiser-Foxx Charter School for the first time Wednesday.

The school is the only one of its kind in Rowan County and is something residents of East Spencer have been fighting for for years.

“It feels like a vision come true,” said Tina Foxx Wallace, who chairs the school’s board.

East Spencer has been without a school since Paul. L. Dunbar High School closed in the 1980s. It has been the only Rowan County municipality without one.

The school is named for Essie Mae Kiser-Foxx, a pillar of the East Spencer community who had a passion for education and children. She died in 2017.

“This is something she would have been so excited for,” Wallace said.

Tony Hillian, an East Spencer councilman and grandson of the namesake, said she was heavily involved in her community. But she preferred to be in the background, choosing instead to shine the spotlight on children and giving all glory to God, he said.

“We just give God all the praise and all the honor he deserves,” Hillian said, “because this school is truly a blessing.”

Kiser Foxx’s son Kenneth Muhammad El said his mother wouldn’t have wanted them to give up on the school.

“She would want us to stay the course, that we take care of the children,” he said. “I think the school will follow that tradition.”

It hasn’t been an easy journey. In addition to the challenges of planning and raising money, the school’s first charter application was denied by the state. The school’s board amended its plan and applied again the next year. It was granted a five-year charter.

“Anything that is worth having is worth fighting for,” Wallace said.

The school’s 150 new students were welcomed with a red carpet, balloons, and a line of high-fives and cheers.

The charter school is nearly at capacity with its student body but has a few openings.

“We will be filling those slots,” Pullin said.

The staff already has the names of additional students and a waiting list. While the school was started to cater to the East Spencer and Spencer communities, many of its students are from Salisbury.

The school serves students in kindergarten through fourth grade, but there are plans to expand by adding one grade each year through eighth grade.

“We are excited,” Pullin said.

The community support and turnout Wednesday were what Pullin and others hoped they would see, but they were afraid they wouldn’t. After all, being a brand new charter school means there are a lot of unknowns.

“Let’s be clear: It’s a risk,” Pullin said. “But (the community is) choosing to trust us, and that is all we can ask for is trust. We’re bringing together things that did not exist before.”

School leaders have tried to meet the community halfway. Unlike many charter schools, Kiser-Foxx offers free transportation to ts students and provides breakfast, lunch and a snack thanks to a partnership with Catawba College. Both services are needed since the school serves an area where families often struggle to make ends meet.

Pullin and others hope East Spencer and the surrounding area see the school as a beacon.

The school takes a unique approach to education, with students having classes in art, Spanish and handwriting each day. All lesson plans must be reviewed and approved weekly by Pullin, the school’s exceptional children’s teacher and the Spanish teacher.

“We gotta be inclusive,” Pullin said. “That’s part of what I call the ‘secret sauce.’”

Each day kicks off with a schoolwide meeting to help get kids in the right mindset for learning.

“Those are unique things that we are embedding in our curriculum,” Pullin said.

The school building is being leased for two years from a local pastor, but Pullin said the school plans to become a permanent fixture.

Pullin and others encouraged the community to get involved, to visit the school and to allow for a few mistakes.

“We’re human; we’re not perfect. We know that,” Pullin said.

But mostly, he wants residents to know that the school is there for them and for their children.