Third annual Blankets and Bluegrass was a success despite hot weather 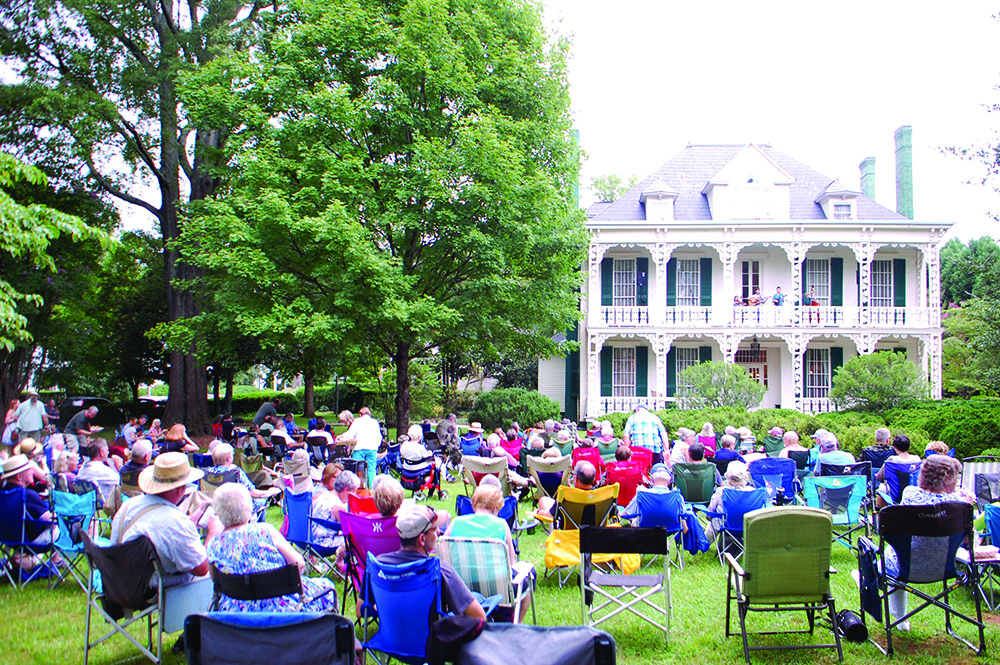 Mark Wineka/Salisbury Post The Hall House lawn was filled with people taking in Blankets and Bluegrass Sunday evening. Historic Salisbury Foundation was host for the event.

The performance, featuring the bands One Fret Over and Destination Bluegrass, provided a chance to enjoy live music from the second-story balcony of the historic home.

They range in age from 11 to 15 and have won multiple awards since forming the band in 2017.

Destination Bluegrass has a combined experience of more than 100 years, receiving numerous awards for both instrumentals and vocals.

Concertgoers lounged on blankets or in camp chairs, sharing picnics or the wares of on-site vendors Rustic Roots Food Truck and The Chill.

Admission was free, though a donation of $10 was encouraged to benefit Historic Salisbury Foundation.

Karen Hobson, executive director of the foundation, said the suggested donation was more to cover the costs of the musicians than to raise money.

“With what we brought in last night, we’re definitely in decent enough shape to hold this again next year,” she said.

“It’s an easy thing if you’re in the neighborhood to come out and enjoy some music and have a picnic,” Hobson said. “I think people are starting to look forward to it each year.”

Blankets and Bluegrass is mainly an effort to raise awareness of the Historic Salisbury Foundation.

The foundation was formed in the 1970s in response to the threatened demolition of two local landmarks: the 1820 Dr. Josephus Hall House and the bell tower of the 1892 First Presbyterian Church.

The Hall House was sold to the foundation in 1972 by Hall’s last descendent, his great-granddaughter.

The home was open for walk-throughs during Sunday’s festivities, with docents on site to answer questions about its history.

New docent Susie Worchester set up in the home’s detached kitchen to offer samples of a ginger sponge cake with lemon glaze – a recipe from the cookbook of Hall’s second wife, Mary Cowan.

The tours and the cover of shade trees and first-floor porch provided many a much-needed cover from the hot sun. A slow drizzle moved in near the close of the performance.

Quite a few stayed as Destination Bluegrass played on, closing with covers of classic country songs and a hymn.

Weather Wednesday: The days are getting shorter as we…