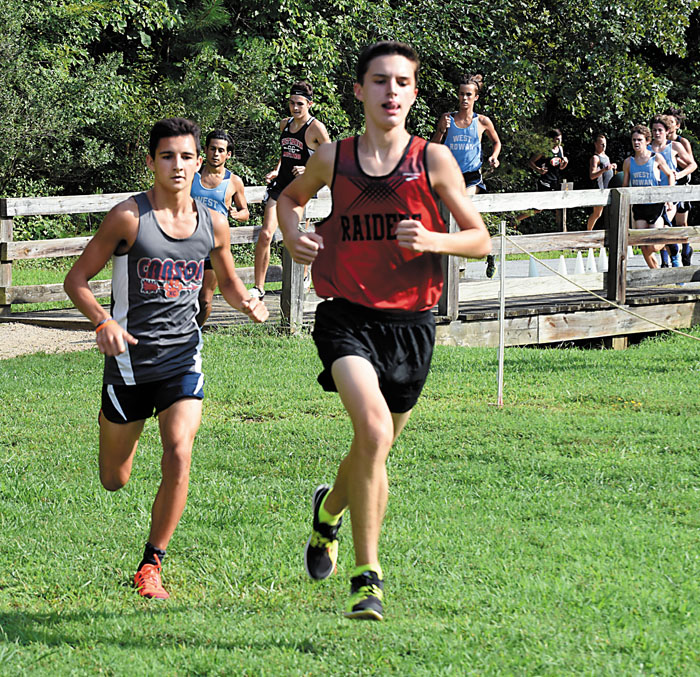 Rivers was South Rowan’s fifth runner in Wednesday’s Pre-County cross country meet at Dan Nicholas Park, and he made the difference in the Raiders’ victory. It couldn’t have been any tighter. South’s score of 42 edged West Rowan, which had six runners in the top 15 and posted a 43.

“That fifth runner is going to be the big thing for us all season,” South coach Scott Julian said. “Fortunately, we’re pretty deep this year. We’ve got three or four different guys who could be that fifth runner on any given day.”

All that could really be deduced from Wednesday’s race was that South and West are well ahead of everyone else in the county, and they’re going to stage some battles this year.

Noah’s win in 17:36 wasn’t a surprise. It was supposed to happen. He was the county’s second-fastest runner behind East Rowan graduate Sean Incardona last fall.

“We’ve put in a lot of work, hit it hard at the summer camps,” Noah said. “We’ve got a few new guys and some improved guys, and we’re hoping this will be our year.”

South will be in the running for its first team championship since 2007 when Phillip Tilley led the Raiders to victory, and Noah has a good chance to be South’s first individual county champ since Michael York in 2010.

“It was hot and humid – it’s August, but it wasn’t a shabby day to run,” Noah said. “I was pretty happy with my time for this early. That’s what I was running about three-quarters of the way through last season.”

Junior Zac Barbee led the Cougars with a second-place finish in 17:46. John Sokolowski was seventh. TJ Jones placed 11th and was the last runner to cross in under 20 minutes.

Salisbury was at a disadvantage because it ran in a meet on Tuesday. Michael Lowery finished eighth to spark the Hornets, while Roarke Burton was 16th.