John Hood: Time for NC to forget these ABCs 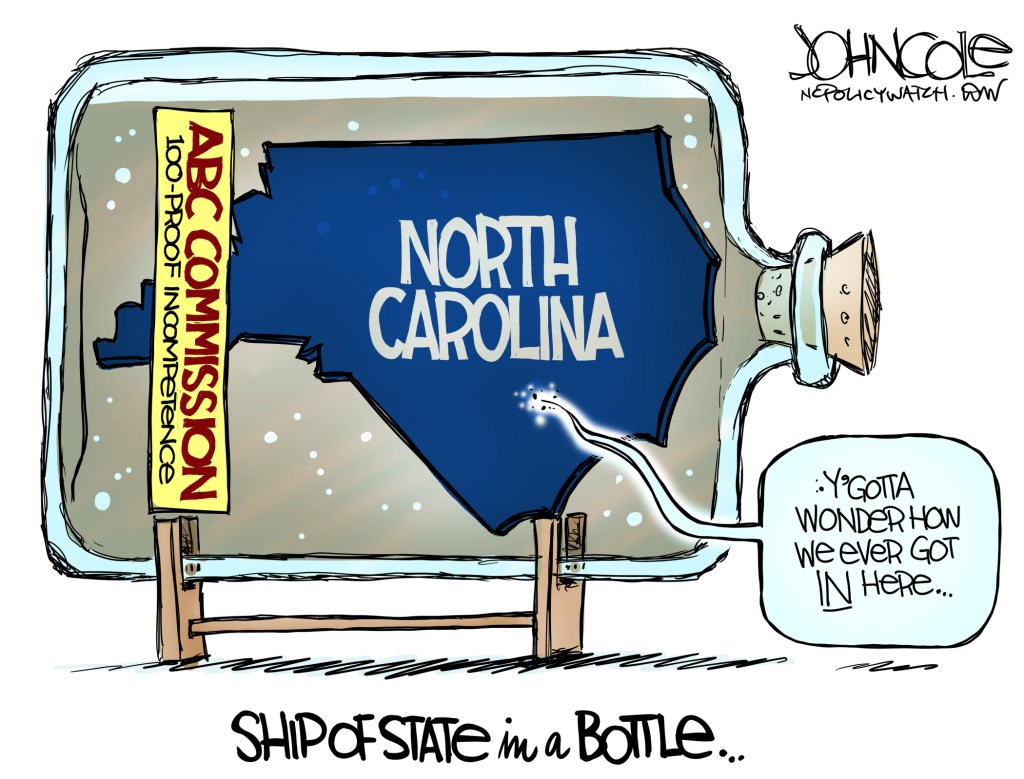 RALEIGH — In the aftermath of a scathing report from State Auditor Beth Wood about mismanagement in North Carolina’s Alcoholic Beverage Control (ABC) warehouse, some state lawmakers are renewing calls to end the government liquor monopoly in our state. Good.

I have long advocated the privatization of liquor stores and distribution facilities. We should sell these assets to private interests, eliminate regulatory barriers to competition, and confine government’s role to enforcing a minimum-age requirement (I’d set it at 18, the age of adulthood) while deterring and punishing criminal acts such as driving while intoxicated or committing drunken violence. As I have previously observed, most drinkers aren’t drunks, most drunks aren’t dangerous, and most governmental attempts to save people from themselves create more problems than they solve.

In a free society, adults must have the right to decide what beverages they will consume, and from whom they will buy them. It isn’t properly the business of government to, well, run a business. Not surprisingly, government doesn’t run this business well — prices are higher and the quality of service is lower.

For advocates of the ABC system, this is a feature rather than a bug. The contradiction of attempting both to suppress consumption and to maximize revenue for government doesn’t trouble them. While they often talk about government revenue when defending the system from reform, their real priority is the control.

As you can tell, I don’t think much of North Carolina’s archaic, inefficient, and intrusive liquor monopoly. But I do understand why some North Carolinians, including some of my friends, disagree with me. I believe they are motivated by legitimate and heartfelt concerns about the damage that alcohol abuse can do to families and communities.

These motivations were clearly evident a century ago, when North Carolina helped to lead the country toward Prohibition. In the late 19th century, North Carolina had already established a system of county liquor monopolies. But the state’s prohibition movement thought that was still too permissive. Movement leaders such as Heriot Clarkson, a Charlotte lawyer, formed a new group called the Anti-Saloon League to lobby for more restrictions.

In 1903, the General Assembly passed a law to prohibit making or selling liquor outside of incorporated towns. A few years later, lawmakers expanded the prohibition to all but the largest cities. Then, in 1908, they placed a prohibition referendum on the ballot.

Voters overwhelmingly approved a complete ban on the manufacture and sale of alcoholic beverages — the first state in the nation to do so.

That was the law. But evasion was rampant (and, of course, many bootleggers had lobbied for prohibition so they would face less competition and could hike prices). So Heriot Clarkson, who had become Mecklenburg County’s prosecutor, made enforcement a high priority. He also went out of his way to highlight the social ills fueled by alcohol consumption.

A notorious 1910 murder trial helped elevate Clarkson’s statewide profile. In a rural community east of Charlotte, a business dispute between two hard-drinking toughs, Will Hartis and “Big Bill” Simpson, escalated into threats of violence. After what appears to have been heavy drinking on both sides, Hartis and Simpson each picked up a gun and went hunting for the other. Hartis ended up killing Simpson’s brother Rob and standing trial for murder.

Despite the best efforts of Clarkson — who was also president of North Carolina’s Anti-Saloon League at the time — and the other prosecutors in the case, the jury acquitted Hartis. A horrified Clarkson spent the next several years citing such cases to defend Prohibition and call for stricter enforcement. He went on to manage Cameron Morrison’s gubernatorial campaign in 1920, become a justice on the North Carolina Supreme Court two years later, and helped lead the state’s anti-alcohol movement into the 1940s.

Alcohol abuse is destructive. We should combat it. But in a free society, it is unjust to restrict the freedom of so many because of the irresponsible decisions of a few individuals such as “Big Bill” Simpson, my great-grandfather.

John Hood (@JohnHoodNC) is chairman of the John Locke Foundation and appears on “NC SPIN,” broadcast on UNC-TV.