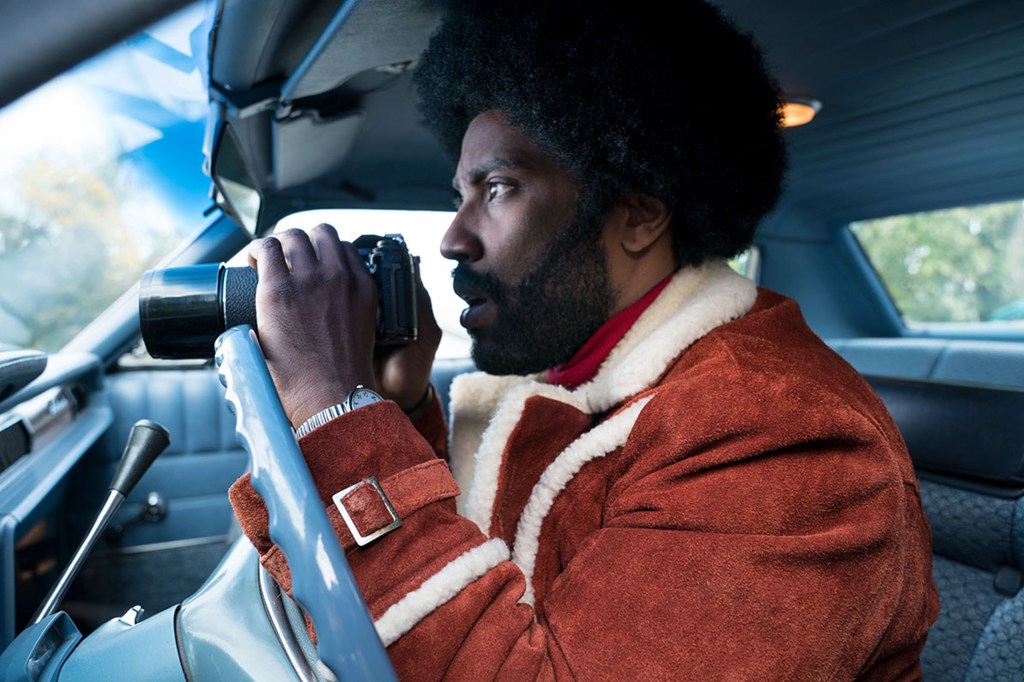 The credits were rolling, Spike Lee’s latest offering to cinema, the Cannes Film Festival sensation “BlacKkKlansman,” was concluding in a Midwestern premiere.

A man seated next to him leaned over to Lee’s co-writer Kevin Willmott with a confession, followed by a denial.

“I voted for Donald Trump,” he said.

There was a pause, as others within earshot at the small private screening waited to hear what the man might say next.

Willmott, in recalling the moment in an interview, said he held back from making a soothing comment to release the man from the tension of that moment. He wanted him to continue reflecting.

It should be noted that nobody in the screening room called the man a “deplorable” or any other epithet commonly slapped onto Trump voters.

That doesn’t mean he gets a pass. And America can’t take one either right now.

Under Trump’s presidency we are losing our moral compass, our respect for democracy and each other in a number of extremely harmful ways. The problem is bigger than Trump. We didn’t land in this place of hyper-division, of caustic political discourse, of nonchalance toward racial hatred, in one election cycle.

But Trump’s election was nonetheless a national tragedy, with culpability enough to go around. There was the news media that basked in the ratings that Trump brought them. There were the social media platforms that hastened the spread of hate, conspiracy and calumny. And there were career government officials, particularly in the FBI, who failed to uphold ethical standards of impartiality.

The Hillary Clinton presidential campaign must own some blame too. The presidency was hers to throw away, and she did.

Now, as Special Counsel Robert Mueller investigates the Russian conspiracy to subvert the 2016 election and the American right wing enters the 11th stage of denial, is a perfect time for the nation to have its conscience pricked about the issue that arguably lays at the heart of our national dysfunction: race. And if 135 minutes in a darkened theater can wake a few people up to the dangers of this moment in American life, “BlacKkKlansman” is the perfect vehicle.

BlacKkKlansman is a period film, but only to a point.

It chronicles the true story of Ron Stallworth. In the 1970s, as a young police detective in Colorado Springs, Colo., he infiltrated the Klan — all the more impressive because Stallworth is black. John David Washington (Denzel Washington’s son) plays him in the film. Another officer, played by Adam Driver, poses as the white police officer who, as “Stallworth,” met with the Klan.

Stallworth was investigating the Klan’s activities when he discovered efforts to recruit members in the U.S. military — a problem that is still with us decades later. He also developed an interesting relationship with David Duke, the Klan grand wizard, who at the time was running for a seat in the Louisiana legislature. Duke (played in the film by Topher Grace) sadly is not just a relic of a bygone age, having gained a new lease on life in the age of the so-called alt-right.

Speaking of the alt-right, “BlacKkKlansman” opened in theaters Aug. 10, the eve of the anniversary of the white supramacist “Unite the Right” rally in Charlottesville, Va., that ended in violence that killed a counterdemonstrator.

Charlottesville shocked many Americans because we had been asleep to the revival and rise of white supremacism. The throngs of white-power devotees carrying torches in the Nazi tradition wore no hoods. Their faces were bared for the cameras. Proud even.

That’s hatred confident that it has been normalized. It talks of its own victimhood, of its desire just for its own rights. It hides its violent intentions and even, when tactically necessary, pretends it’s not serious.

Theater-goers at Cannes erupted into a 10-minute standing ovation as BlacKkKlansman finished. The film won the festival’s Grand Prix award.

To Willmott, the reaction overseas was thrilling, but the important audience is here at home.

The rest of the world sees America much more clearly than we allow ourselves to right now. Right now it’s watching, waiting to see how we will right ourselves. Or if.

Mary Sanchez is an opinion-page columnist for The Kansas City Star. Email her  at msanchez@kcstar.com.