Letter: Granite Quarry tax rate should have gone down 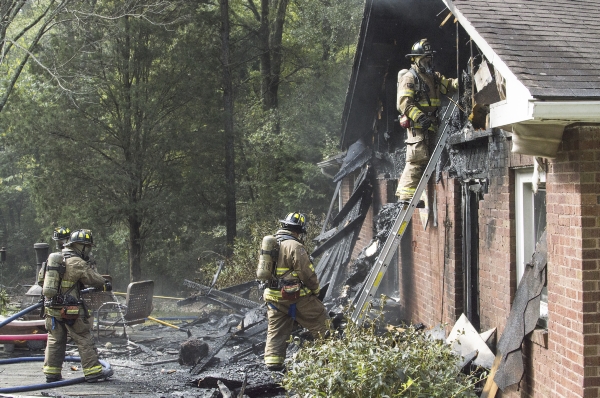 A firefighter waits at the top of a ladder as another brings him a hose. The firefighters were responding to a blaze in Granite Quarry in 2015 that ripped through a single story residence. Josh Bergeron / Salisbury Post

Granite Quarry tax rate should have gone down

Your Sunday article concerning municipal tax rates is inaccurate. While not raising the current tax rate, the town of Granite Quarry did in essence raise its taxes.

In 2015 , property taxes were raised by 2 cents to pay for a new fire truck for our fire department. This 2-cent increase was specifically to pay the loan that the town had taken out to pay for this purchase. The Board of Aldermen at that time discussed different ways of funding and decided to do a tax increase with a sunset provision. This provision basically said that when the fire truck was paid for, the tax rate would be decreased by 2 cents.

In the current town budget, the Board of Aldermen voted to pay the truck loan off early but did not lower the tax rate as was required by the budget ordinance at that time. In my opinion, either the board does not know how municipal budgets work, or they hoped no one would notice what really happened. Either way, the town of Granite Quarry did raise our taxes and should be included in your article as one of the municipalities that did so.