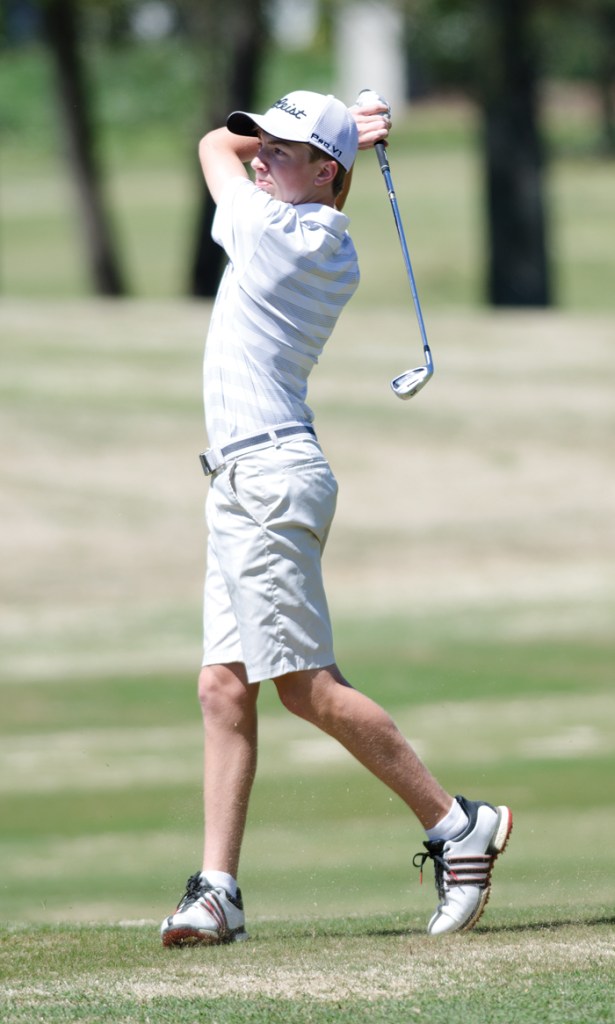 The latest trophy-winner is Salisbury High junior Hank Robins, who shot 77-76 — 153. He’s optimistic that the prestigious title will be a springboard to similar success.

“I’ve never won a junior tournament before, so I’m looking at this as a pretty good breakthrough for me,” Robins said. “Hopefully, I can go on to some bigger and better things.”

The junior open has a unique format — 18 holes at The Club at Irish Creek in Kannapolis, followed by 18 at Warrior Golf Club in China Grove. Scores were much lower Monday at Irish Creek than they were at Warrior on Tuesday, where just about everyone ran into trouble.

“Warrior was playing very hard, mostly because the rough was really thick,” Robins said. “The key was keeping it in the fairway, just keeping it out of trouble, and I was able to do that.”

The tournament favorite was Hickory Ridge golfer Alex Heffner, who tied for fourth place in last spring’s 4A State Championships in Pinehurst.  Heffner was sharp in the first round, taking the lead with a 72. Warrior Pro Brian Lee said Heffner wasn’t feeling well and withdrew Tuesday after posting a 47 for the first nine holes.

Robins shot 77 at Irish Creek and was tied for sixth, heading into Tuesday’s play, but he has quite a bit of positive experience at Warrior.  He endured a shaky start with two early double bogeys, but he made his move with a flurry of birdies on No. 5, No. 6 and No. 9.  He added one birdie on the back side.

“I didn’t make a lot of mistakes,” Robins said. “After I made all those birdies on the front, I just played steady golf on the back nine.”

This was the 11th year that the junior open has been open to golfers outside Rowan, but Robins maintained a streak of Rowan players winning every tournament. There were 16 golfers in his age division.

Robins shot 77 at McCanless last spring to earn all-county honors. He shot 78 to tie for eighth in the 2017 Midwest Regional at Warrior and was a qualifier for the 2A State Championships.

In the girls division, East Rowan senior Camryn Corriher shot 87 on Tuesday and 189 for the tournament to win. Carmen Fraley, another East senior, was second at 105-98 — 203.

In the 12-13 division, Advance’s Colby Moore shot 169 for two days and won by six strokes over Kannapolis golfer Cooper Burris.