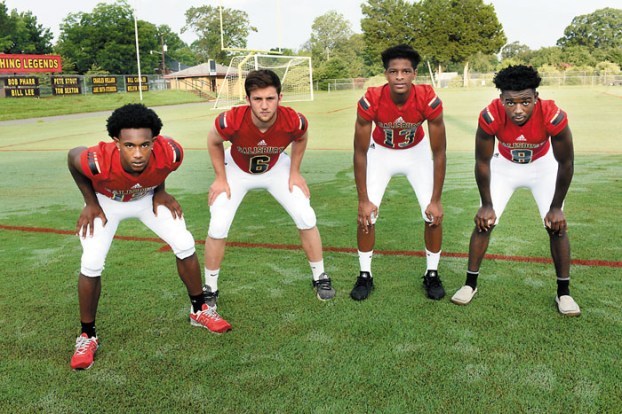 SALISBURY — Junior linebacker Jabril Norman can still picture the misstep that crushed his 2017 season — and his chance to play in Salisbury’s first playoff game in three years.

It happened late in the CCC finale last November against visiting South Rowan, when Norman fractured a bone in his right foot while defending a pass.

“I remember it was one of the last plays of the game,” said Norman, one of only two sophomores who started for Salisbury’s inspired defense a year ago. “The quarterback threw the ball and I jumped in the air, trying to deflect it. When I landed I thought I had rolled my ankle, but it was a fracture, a broken foot.”

Norman’s crash landing ended his all-county/all-conference season and relegated him to cheerleader status for Salisbury’s season-ending playoff loss to Red Springs a week later. “And that,” he said, extending a finger for emphasis, “was terrible. I wanted to be out there. Instead I was on the sideline, wearing my jersey, trying to keep warm.”

It made for a chilling finish to a well-done 7-4 season. Despite missing the last game, Norman finished as Salisbury’s second-leading tackler — and cred as a 6-foot, 190-pound energy drink in pads.

“Jabril is super-competitive and plays with this high motivation,” said Brian Hinson, the second-year SHS coach. “He gets after it. When he puts his physical abilities together with that full-speed mentality, he is one tough guy to block. He’s a disruptive force.”

He’s also a team player who puts winning above individual performance. Hinson found out when Norman agreed to play both the middle and outside linebacker positions.

“Well, we lost 20 seniors so we needed to find the best fit for him,” the coach said. “He helps us by playing on the outside, where he played last year, and on the inside. He’s not only versatile, but he was willing to do it. Not everybody is. Sometimes he just realizes what he has to do, bites down and fights through it.”

Norman hopes to be the first in his family to attend college and uses former SHS star Nick Austin as a role model.

“He taught me so much last year,” Norman said. “I hung around with a lot of seniors and he was like a big brother to me. He taught me proper tackling technique and how to be fearless on the field.”

While Austin has moved on to Winston-Salem State as a walk-on candidate, Norman’s maturation continues. He is still learning to be defensive quarterback and team leader, something Hinson believes is necessary.

“We do need him to become a more vocal leader,” he said. “He knows how to read blocks and squeeze blocks — and he’ll continue to grow. Becoming a leader will make him more attractive to college coaches. Right now he’d make every defense in the county better.”

It all sounds nice to Norman. “I think personally, our defense might be better than last year’s,” he quipped. “Our approach is ‘Let’s go undefeated.’ That’s gonna be hard, but if everyone locks in and gets focused, it could happen. Everyone, me included, has to get better.”