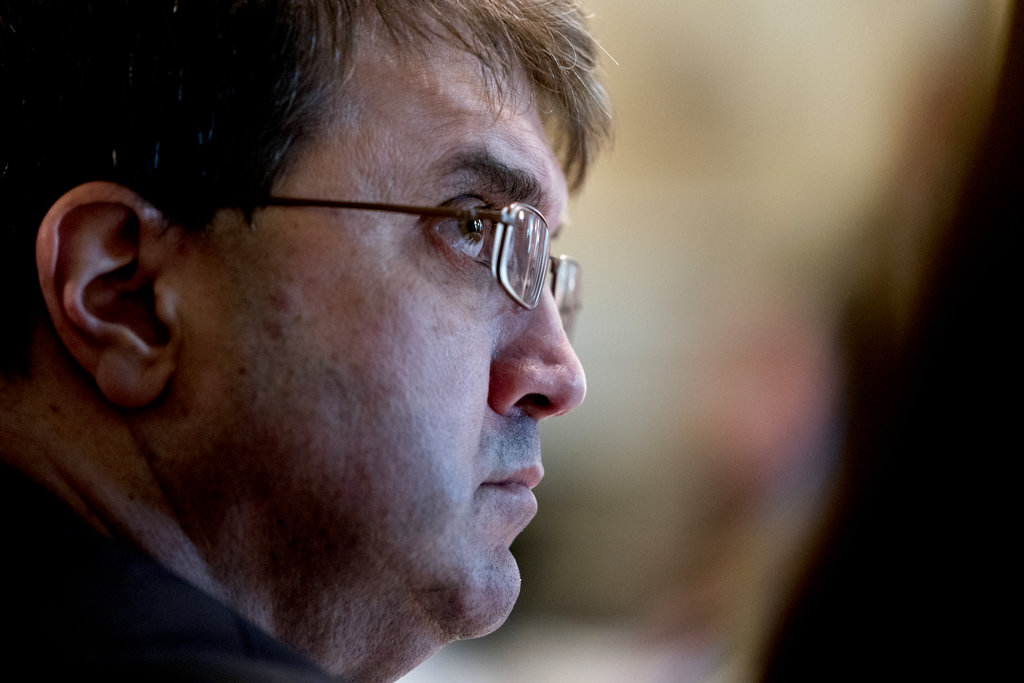 Robert Wilkie agreed to take on one of the toughest jobs in Washington. Maybe the toughest.

Unlike some of his fellow Trump cabinet members, Wilkie wasn’t hired to dismantle a reasonably functional agency. Instead, he was handed the keys to the second-largest federal bureaucracy, and it was already broken. Wilkie’s job is to make it whole, a mission that has led to failure for a long line of secretaries of Veterans Affairs.

Will it be different for the Fayetteville native who has spent a long career serving members of Congress between stints at increasingly high levels of the Pentagon? Ultimately, only the president can answer that question, because it’s clear that Wilkie knows what needs to be done. He simply needs the support to do it.

The son of an Army artillery officer who was badly wounded in Vietnam, Wilkie saw in his own family how the nation cares for the health of its soldiers. And more recently, as under secretary of Defense for personnel and readiness, he supervised the Defense Health Agency. In an interview with an Observer reporter last week, Wilkie said he wants to leverage that experience by tying together military and veterans’ health initiatives in a more coherent web. He wants health care to be a “seamless experience” from the beginning of a military career through the transition to veteran status.

We’re going to see how that works out, because, Wilkie said, “Fayetteville is sort of the incubator because of the presence of Fort Bragg.” The Fayetteville VA and Womack Army Medical Center are already sharing doctors and clinical space, and that relationship is likely to grow.

How it grows will in part depend on local initiatives. Wilkie is talking about a “bottoms up” approach to management in the VA, one that gives local directors more room to innovate and to start new programs. One example: Among all the VA medical centers in North Carolina and Virginia, Fayetteville has the largest and fastest-growing female veteran population. Wilkie says he sees no reason why Fayettevillle VA director James Laterza should have to engage with the VA bureaucracy in Washington to expand women’s programs here. If they’re needed, it should happen.

Wilkie’s initial weeks at the VA’s helm have been spent traveling around the country, touring VA facilities and trying to introduce some calm in an agency that has seen a stormy few years. “I really wanted to get out and show the flag,” he said. “I think I’ve done that.” Some of the VA’s top politically appointed leadership has engaged in management by power play and purge in the past year or two, and the struggles have taken a toll in the VA’s top professional ranks. But Wilkie says he has brought his own, hand-picked leadership team to the VA and his focus will be cutting through bureaucracy, streamlining the organization, increasing internal cooperation and improving customer service.

He faces some thorny issues, including pressures to at least partially privatize the VA’s services. So far, that initiative hasn’t gone well. The VA’s Veterans Choice program has suffered from bureaucratic missteps and from the VA’s inability to pay physicians and hospitals in a timely fashion — a problem that has caused some health-care providers to refuse to participate in the system. And yet, some privatization seems exactly what the VA needs, at least for veterans dealing with routine, not service-related, health problems, and especially for those who live great distances from VA facilities.

All of that is a major VA culture shift, but Wilkie says he’s confident he can pull it off — with the support of Congress, the president and veterans groups. “It’s not my daddy’s VA or my grandfather’s VA,” he said. Indeed not. We wish the secretary every success in making it work for 21st century veterans.

Editorial: Past governors call out lawmakers on ‘scheme’