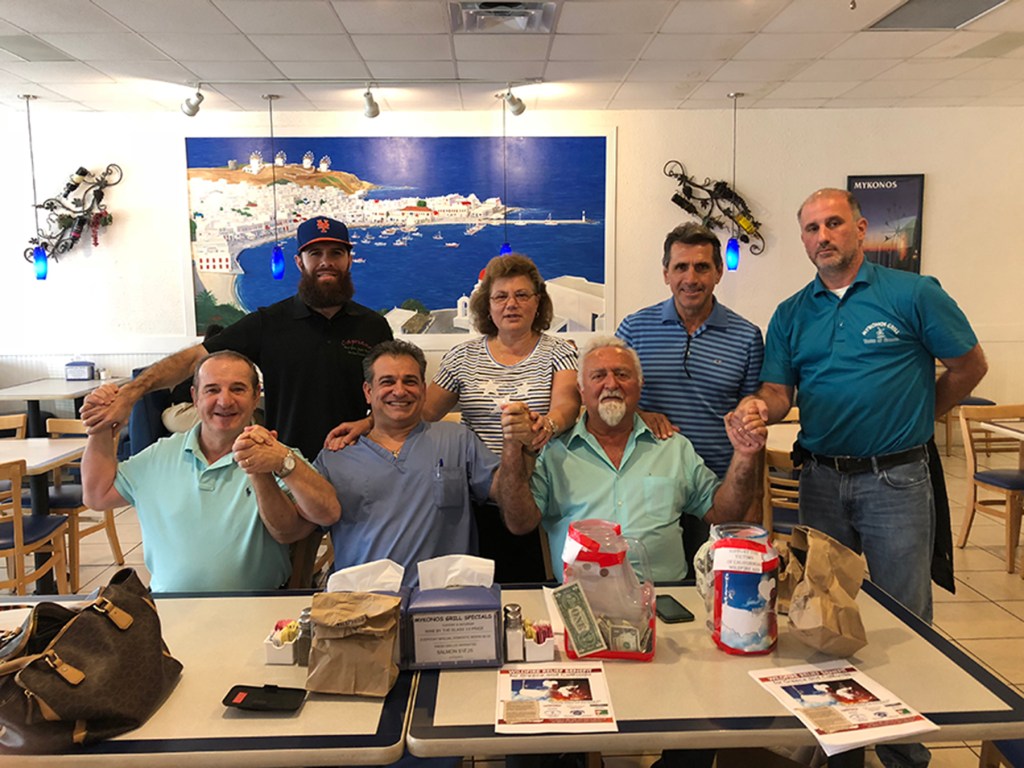 SALISBURY — Six local businesses are teaming up for a wildfire relief benefit to donate a portion of their sales to victims of fires in Greece and California.

Nick Georgiou of Palm’s Cafe, Romano’s and Capriano’s said his priest, Vasileios Tsourlis of Holy Trinity Greek Orthodox Church in Charlotte, traveled to Greece and saw the aftermath of forest fires that have killed more than 90 people.

“I knew the village that got burned down,” Tsourlis said. “It was terrible. Everything was destroyed.”

He spoke to his congregation, and Georgiou was compelled to help the Greek community as well as the northern California community that has been affected by ongoing wildfires.

“My priest in Charlotte, Father Vasileios, he was over there and he saw what happened, and he spoke to the people and when he came here he spoke to us,” Georgiou said. “Three times he had to stop talking because he was crying, and it touched our hearts. We hear a command to help them out because we’ve got everything and they don’t have nothing.

“Then I came here and I spoke with the rest of the Greek families. We just come like one fish. We care for our country back there, which is where we come from, but we care for California, so we decide help them out. In order to do that and be successful, we decided to ask the community come and support our restaurants.”

Tsourlis said firefighters told him the temperature during the fire was 900 degrees Celsius, causing people to die not by being burned but by melting.

“The suffering is terrible,” Tsourlis said.

For this week, customers who visit one of the six restaurants can donate money directly in a container near the register, and a portion of their bill will go to relief efforts.

“It’s not set in stone how much, but we know how much we normally do every day. Anything above that is going there,” said Margaret Georgiou of Palms Cafe. “If it’s not above, we’re definitely going to give from that.”

“I hope we will have a good turnout, so we’ll be able to help,” she added.

The restaurateurs will give the donations to Tsourlis, who will then send the money directly to a family in Greece. One Holy Trinity member has family members who were affected by the fire. The family lost their two twin daughters and their parents.

The church also plans to send some money to International Orthodox Christian Charities, which helps with humanitarian relief in the California fires.

“The Greek community is rallying behind the tragedy that’s happening over there,” Koveos said. “A lot of innocent lives were lost. It’s nothing new. I think everyone knows about it, and it would be nice if other than the Greek community, some of the Salisbury residents or non-Greeks, want to donate something.”

Nick Georgiou concluded, saying “We all feel sad. We all have to do something about it.”

Restaurants that are donating part of their sales include: