Editorial: Past governors call out lawmakers on ‘scheme’ 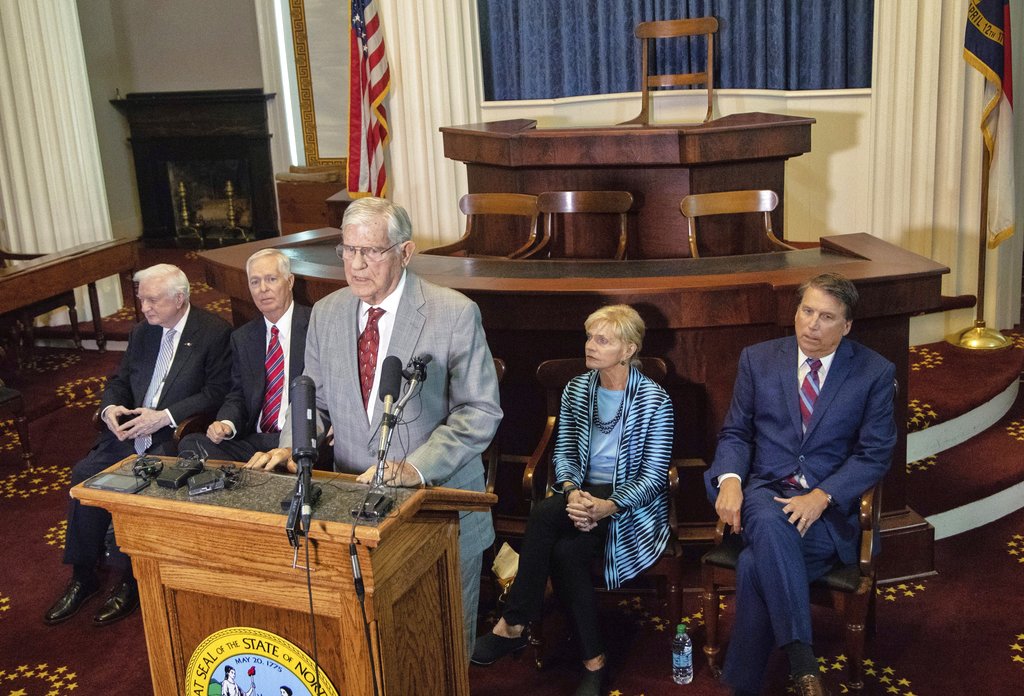 The unusual consensus among these top Republicans and Democrats last week was prompted by two proposed constitutional amendments on this fall’s ballot. One amendment would transfer much of the governor’s power to fill judicial vacancies over to the General Assembly. The other would take away the governor’s power to appoint members to nearly 400 boards and give that power to — once again, the legislature.

As if the General Assembly needs more power.

Coming out against the amendments were Democrats Jim Hunt, Mike Easley and Bev Perdue and Republicans Jim Martin and Pat McCrory. They see the amendments as a threat to North Carolina’s balance of powers, which lately has been tilted dramatically toward the Legislative Building. With a veto-proof Republican majority, legislative leaders have spared no tactic in weakening Democratic Gov. Roy Cooper, even as they pushed through their one-sided agenda with relative ease. (Secrecy helped.)

Martin called the amendments a “scheme” and said he was embarrassed that fellow Republicans were behind it.

It’s been said politicians have two impulses — to help others or to help themselves. The leaders of the General Assembly have helped themselves to near-complete power over the state.

Think of their efforts to weaken the governor as a throwback. At its beginning, North Carolina was reluctant to empower its governor. The first governors were elected by the legislature to one-year terms. That changed by 1836, but the state held out on certain powers. For most of the state’s history, the governor was limited to only one term; Jim Hunt was the first N.C. governor who could serve two. North Carolina was the last state to grant its governor veto power, finally doing so in 1996.

The legislature’s 2016 votes to put the brakes on Cooper were partisan, aimed at limiting the power of the new Democratic governor. The changes that survived legal challenges could well be reversed if political winds shift. Constitutional amendments are near-permanent, however, and these two could backfire on the next Republican governor.

More important, North Carolina has seen what a virtually all-powerful legislature can do, which is whatever it wants. Does that branch of state government need more power? Hardly.