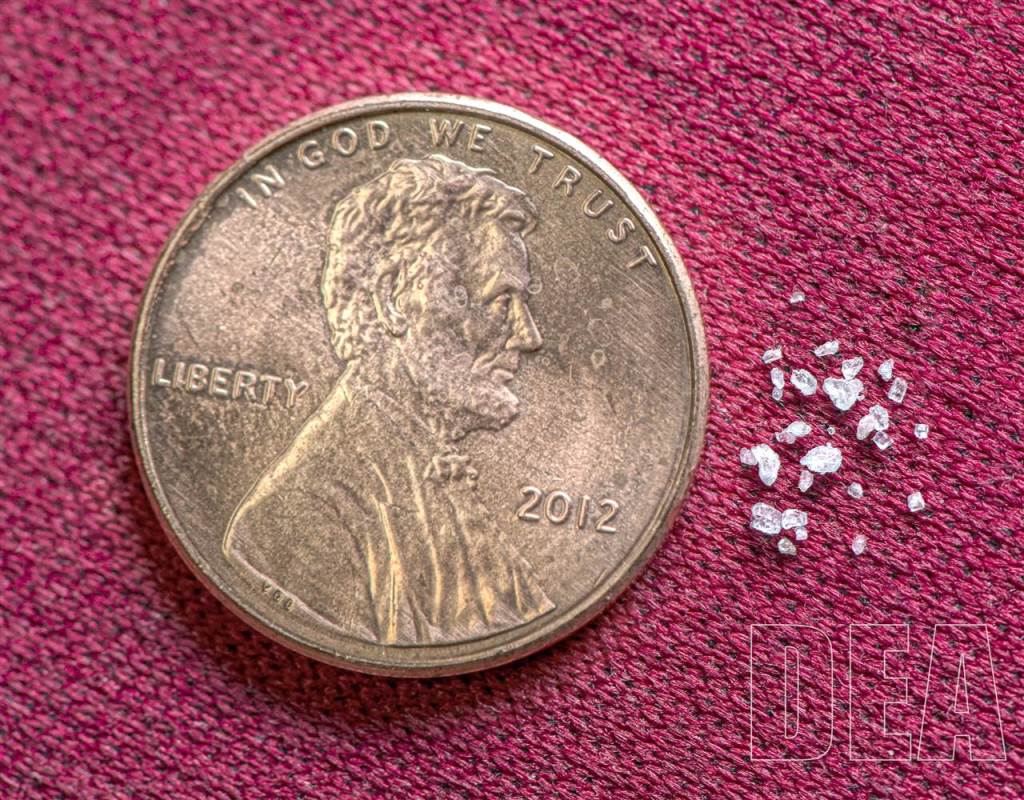 A lethal dose of fentanyl, compared in size to a penny. (Drug Enforcement Administration photo)

Graphic evidence of America’s severe drug crisis played out last week. In a gruesome tableau on the New Haven Green in Connecticut, scores of people collapsed and were rushed to emergency rooms suffering violent reactions to synthetic marijuana. Meanwhile, the Centers for Disease Control and Prevention reported preliminary estimates that more than 72,000 people died of drug overdoses in the United States last year, an increase of 9.5 percent from the year before. A big reason for the increase was illicit and deadly fentanyl, which has increasingly been cut into heroin and cocaine.

The most concerning problem is fentanyl overdose. Fentanyl is a synthetic opioid pain reliever 50 to 100 times more potent than morphine. It can be prescribed for legitimate uses such as for cancer patients. But most of the overdoses and deaths are from illegally manufactured fentanyl, sold on the street for its heroin-like effects, often combined with heroin or cocaine, with or without the user’s knowledge. It originates in China and cartels in Mexico, and some laboratory production may be occurring in the United States.

Fentanyl-heroin combinations are a main driver behind the escalating death rates. A second crisis is the flow of illicit opioid painkillers from doctors and pharmacies to people who abuse the drugs. While by no means a crisis resolved, there is some evidence that these deaths may have reached a plateau with more strenuous efforts to control the pills, although it is still a huge problem.

Far more people are being killed each year by drug overdose in the United States than in car accidents. The country must not accept business as usual.

President Donald Trump coarsely but correctly commented during a Cabinet meeting Thursday that China is “sending that garbage and killing our people. It’s almost a form of warfare.” He asked Attorney General Jeff Sessions to “look into” legal remedies to stop the illicit fentanyl. Anything that works would naturally be welcome; despite promises, including directly to Trump last year in Beijing, China has not done enough to choke off the supply. U.S. prosecutions of crimes involving fentanyl are on the rise. Because small quantities of fentanyl can be easily concealed and dealers reap lucrative profits, it is clearly a major challenge on the supply side.

However, this crisis calls for more than just bravado and better policing. Intense efforts need to be made in public health to get users fast, unimpeded access to lifesaving drugs that can reverse overdoses and save lives. When fentanyl is cut into some drugs, it can’t be easily detected by users. A promising idea is to provide users with easy, accurate test strips that can sense the presence of fentanyl. A recent study of 335 drug users in Baltimore, Boston and Providence, Rhode Island, supported by the Bloomberg American Health Initiative and carried out in part by investigators at the Johns Hopkins Bloomberg School of Public Health, showed that the lion’s share of the users interviewed wanted to know beforehand if drugs were laced with fentanyl. Such drug “checking,” if made widely available, could help prevent overdoses and deaths.