Clyde, Time Was: They came to Salisbury to seek their fortune 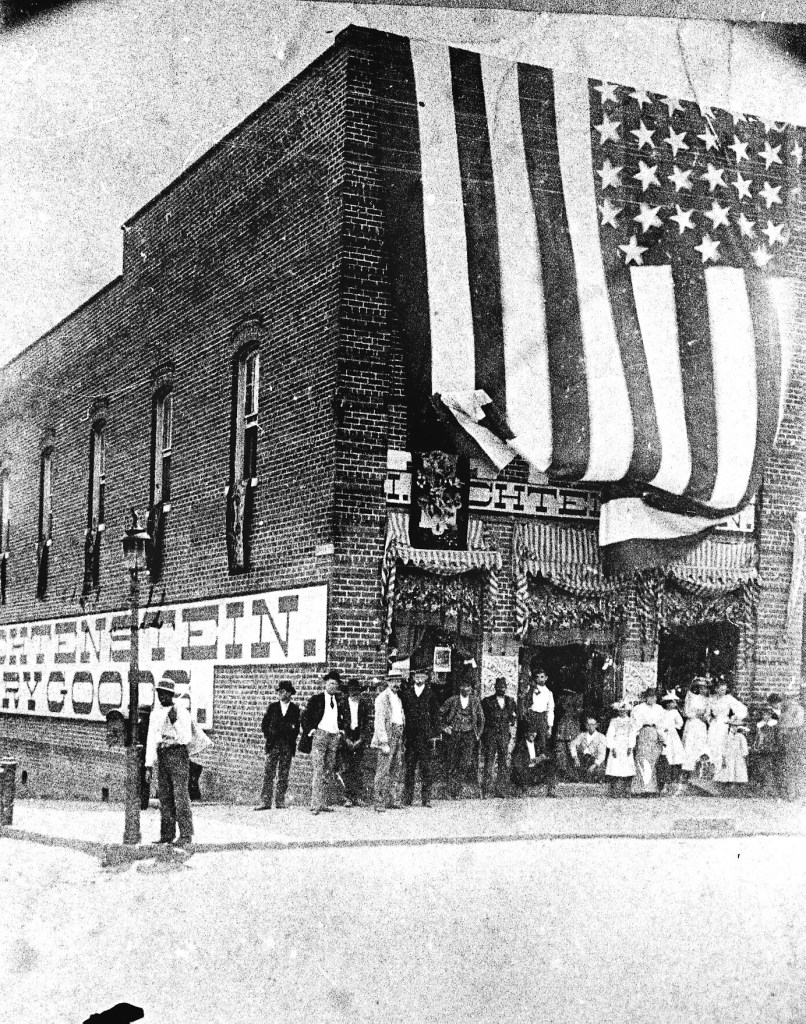 Littman and Lichtenstein Dry Goods on the Square in 1888.

Time was, we sought fame and fortune.

They came to town, rich or poor, by chance or luck, to find “a hypothetical force or personified power that unpredictably determines events, favorably or unfavorably.”

At Loo Yick’s Chinese laundry, he spit on the ironing.

Isadore Littman’s jacquard looms  and Mr. Lichtenstein’s Persian rugs  hung out the windows at the Square.

Theo Buerbaum, a native of Prussia, printed postcards for his variety store.

Victor Wallace migrated from Hesse-Darmstadt, Germany, fought in the Civil War and joined his brothers’ herb business in Statesville before coming to Salisbury to open a store.

E.B.C. Humbly sailed from England to build Whitney Dam and a starter castle on Fulton Street.

They never heard of affordable housing. It went with the job.

What brought them to town? All immigrants, they came and stayed here, seeking their long lost fortune.

Nathaniel Boyden, a Yankee from Massachusetts, would not believe his $18 million Empire Hotel today. He left town.

David Oestreicher, originally from Frankfurt, Germany, showed up in 1902 and bought goods in New York for his fine store here. His son, Irvin, at 4 years old, when complimented on his new coat, replied “Yes, and look at the quality.”

“For he seeth that wise men die, likewise the fool and the brutish person perish and leave their wealth to others.” — Psalm 49:10

Too many are not here to reap the benefits of their hard work.

We casually say, “He’s got it made.” What good is money, anyhow?

“Wealth makes many friends but a poor man is separated from his neighbor.” Proverbs 19:4

Today’s fortunes seem to be disguised in schemes, Twitter and networking, collusion by another name.

Some fortunes are overlooked.

Case in point: If you had a Jackson Pollack you hated and put it outside in the rain, you could have fetched a record $140 million.

Julio bought a Pembroke table for $1,600 at an auction house and sold it at Northeastern Auctions for $1.2 million.

On North Long Street, one auction-goer was surprised to find seven $100 bills taped underneath the second drawer.

A California man bought a storage unit that had half a million dollars in gold coins.

Jack Whittaker was already a millionaire when he won the $314.9 million Powerball in 2002.

Apple stock that initially sold for $1 a share has soared in value. The company is now worth over a trillion dollars.

Survey says lottery winners all put on weight and most lose it (the money, that is) or die trying. Look carefully at your inheritance before you put it on the curb or divide it for others to give away or sell for nothing.

Those “barn finds” or “shabby chic” items may mean dollar signs to the Carolina Pickers.

We all love to see someone else “strike it rich,” not only in oil.

What will tomorrow’s fortunes hold? We don’t ever know, but you can’t win if you don’t buy a ticket.

How come fortune tellers can’t practice on themselves, if they are so smart? Soothsayers spoke only the truth. The Bard said, “Yes, forsooth, I will.”

Which would you rather? A failing fortune or fetching and fleeting fame?

May you find your fortune, no matter how feeble, fictitious, or formidable — just be wary of a frothy, final, faltering finish.

Go for your 15 minutes of fame, but be careful what you wish for.

“Fame has given you an imperishable crown,” it says on the Confederate monument base.

Seek and ye shall find.