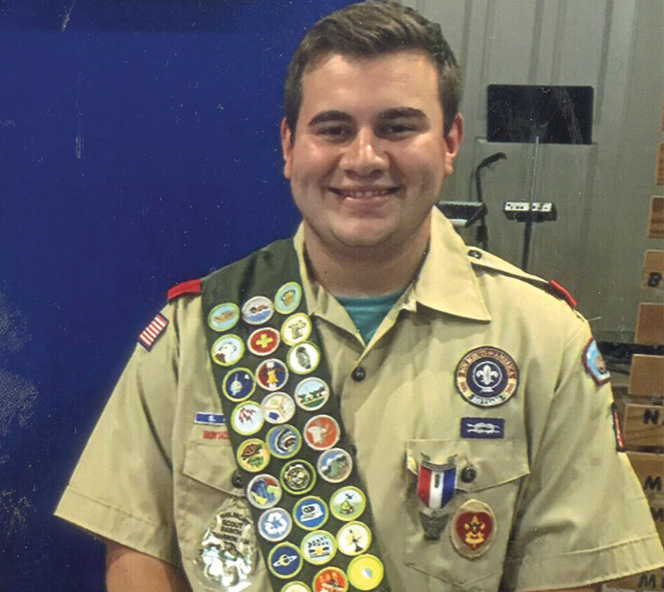 Zachary Ryan Bingler of Harrisburg received his Eagle Scout Award at a 5 p.m. ceremony on Sunday, July 29, 2018, at Back Creek AR Presbyterian Church. The award was presented by former Scoutmaster Chip Wampler, Scoutmaster for 40 years of Troop 49. Zachary’s  father, Scott Bingler, is the current Scoutmaster.

Zachary served as scribe and patrol leader and has 39 merit badges and his Order of the Arrow. He also attended Philmont Scout Ranch where he attended many camps and hiked over 100 miles. For his Eagle Scout project, he created an outdoor classroom at Patriots Elementary School. Also aiding in the presentation were his brothers, Richie and Ben Bingler, as well as his father, Scott Bingler. All three have attained the rank of Eagle Scout.

Zachary is the son of Julie and Scott Bingler of Harrisburg and the grandson of Anne and Jim Wilson of Salisbury and the late Richard Lentz Jr. and Mrs. Doris Munday of Franklin. Zachary is entering his senior year at Hickory Ridge High School.