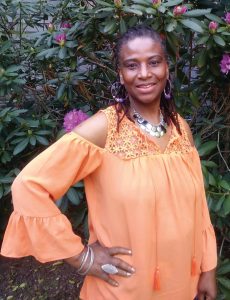 No way are you driving back to Salisbury tonight! The lady said to me in total astonishment as we rode together on the charter bus after I told her I was driving back to Salisbury. It was Thursday night, the first day of a three-day seminar at the Cove, the Billy Graham Training Center in Asheville.
It was now after 9 p.m. and the first session had just ended; I hurried out of the auditorium filled with more than 400 people who had come to hear Dr. Tony Evans’ seminar on discipleship. As I made my way through the crowd to the front lobby, one of the staff ladies asked, “Have you helped yourself to some of the delicious snacks out there?” I replied no, I am hurrying to catch the bus to my car to drive two hours back home because I’ve got to be back in the morning.
When I finally got on, the bus was filling up very fast and I panicked, wondering if I would get a seat. Even though another bus was just pulling right behind, I wanted to make it on this first bus, increasing my chances to leave early and return early the next morning.
Thank God there were few seats still available, so I made my way to the back. Just as I was seated, here came this kind elderly gentleman I had spoken with earlier while in the dinner line. He went past me and right after him came this lady who sat next to me, as all the seats were now filled in the back of the bus.
We started talking and I told her that I was driving back to Salisbury that very night, because I could not get a room at the Ridge Crest Conference Center.
“Salisbury!” she exclaimed. “I know where that is — my husband’s sister lives there. No way you are driving back to Salisbury tonight,” she said, and called out to her husband who was sitting in the back, “She is driving back to Salisbury tonight! No way! You are coming home with us,” she said.
Little did I know that she was the wife of the man I had spoken with earlier; so they both insisted that I spend the night with them in Asheville. What a providential intervention from God Himself! I barely knew them and here they were taking me, a total stranger, into their home.
The Lord had met my need even without my asking. In Matthew 6:8, Jesus said our heavenly Father already knows what we need even before we ask. God knew before I even made the trip how he was going to solve my lodging problem. He just needed a willing vessel to channel it through.
What I didn’t tell you before was that while packing for the trip I decided to leave my things home, since I knew I was coming back that night. But the voice kept speaking to me to take all my stuff for I never know what may happen; so I obeyed the voice, knowing it was from the Lord. It clearly said, “Go like you have lodging tonight.”
Therefore, there was no doubt in my mind, when my new friends made the offer, that God was at work. As we drove the 10 minutes to their home, I learned that this kind elderly gentleman is also the mayor of a small town near Asheville. Now I was really blown away, not only that I was going to be put up, but at the home of the mayor!
Friends, God is involved with our day-to-day lives and uses even what others may consider “chance” encounters to show that He’s got us covered.