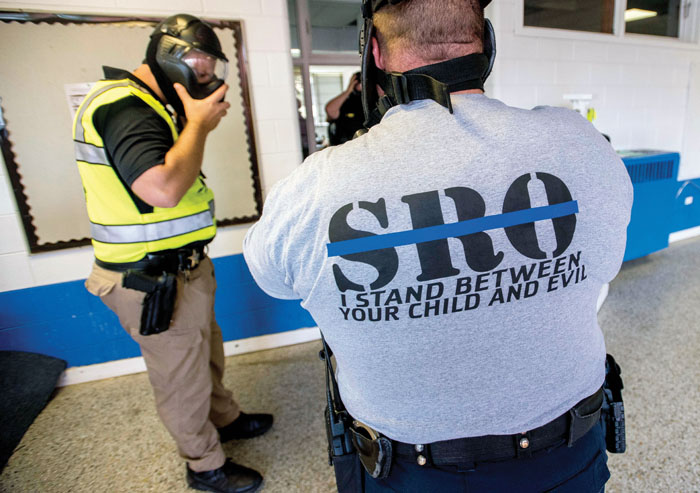 SALISBURY — As school starts up again, safety is a priority for many parents. The good news is that it’s a  priority for district faculty and staff, as well.

Over the summer, Rowan-Salisbury Schools security staff has been hard at work adding secured, vestibule-like entrances to remaining schools and updating security camera systems. School resource officers will again return to 15 district schools, with plans in the works to expand coverage to the county’s 20 elementary schools. All outer school doors remain locked, and can only be opened with a district issued ID badge.

However, according to Sharon Gardner, district risk manager, school safety truly lies in the hands of the students.

“Students are the ones who most likely become aware of a problem first,” she said.

It’s why she and other security officials are launching a “if you see something, say something” campaign with students. Issues can range from an unlocked door or bullying to threats of violence. All of those, and more, can be anonymously reported on the school system’s website.

Gardner said she tries to impress upon students that alerting someone to a problem isn’t snitching, ratting or tattlling — it’s safety.

“You can go anywhere — you can go to our online reporting or to a teacher, but you’ve got to say something,” she tells students.

“We are trying to do what we can for (security), but we need to know about it,” he said.

Sheriff’s office deputies serve in five county schools, while officers from other law enforcement agencies cover schools within their municipalities. Contrary to popular belief, school resource officers aren’t in schools to punish students. Instead, Flowers said, they provide guidance and a sense of safety.

“Officers are not there to be that tough street cop,” he said. “We’re there to try to understand the juvenile, and to do what we need to do to help the student make better decisions.”

“The resource officers are there to assist in any way we can,” he said.

But in order to be truly effective, students have to be willing to step up and play a part in their own safety.

“We are trying to do what we can for that, but we need to know about it,” Flowers said.

For instance, if students are offered drugs, or if a child has been bullied all year, someone in the student body needs to step forward.

Flowers also offered general safety tips for the start of a new school year — including a reminder to keep an eye out for school buses.

“Just be prepared to make that extra stop,” he said.

He also encouraged parents to talk to new teen drivers about the importance of road safety. According to Flowers, local students are involved in car crashes each year, and it’s always important to remember the rules of the road.

Gardner encouraged parents to talk to their children about school safety, and encouraged them to reach out to her or to school staff any time.

“I welcome any ideas or concerns they have,” she said.

More information about school security can be found at www.rssed.org/about/departments/operations/safety. 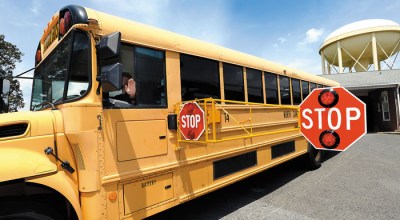 Back to School: Board of Education contacts