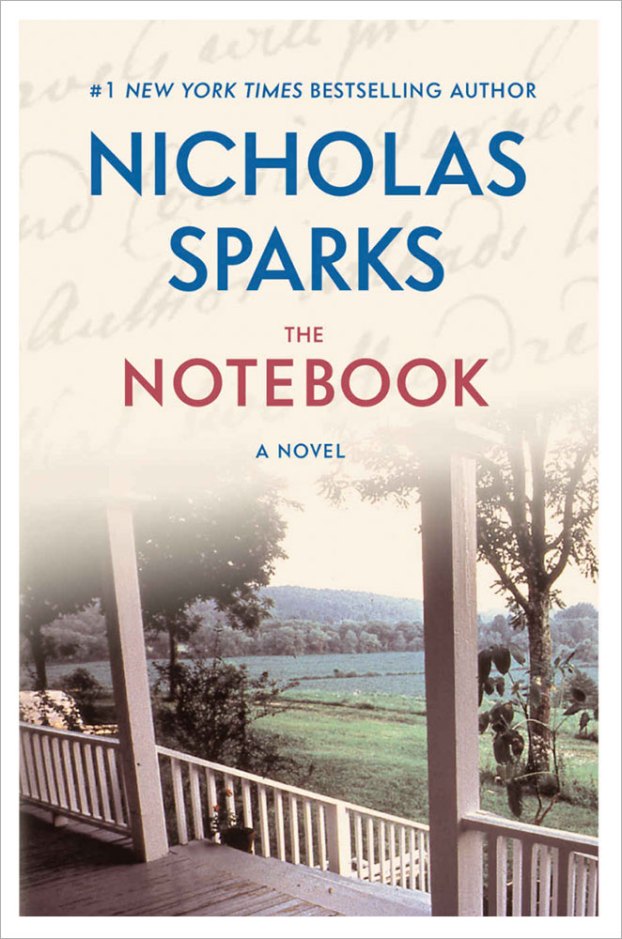 Nicholas Sparks' first novel, 'The Notebook,' is among 100 novels that are in contention for selection as America’s best-loved.

“The Great American Read,” a PBS series, is in the process of selecting America’s best-loved novel.

Is there a chance it could be a North Carolina book?

Maybe. I will explain in a minute, but first a little about the process. “The Great American Read” is an eight-part broadcast series. The opening broadcast in May revealed 100 novels that are in contention for selection as America’s best-loved. The series resumes on Tuesday, Sept. 11, and will air each week until Oct. 23, when the final selection will be announced.

These programs will, according to PBS, investigate “how and why writers create their fictional worlds, how we as readers are affected by these stories, and what these 100 different books have to say about our diverse nation and our shared human experience.”

From where did this 100-book list come? First, PBS got suggestions from than 7,000 people. Then, with the aid of an advisory panel of literary industry professionals, the 100-book list was developed. All were fiction. Books from other countries, such as “Don Quixote” and “One Hundred Years of Solitude,” were eligible if they had been published in English. Popular series, such as “Harry Potter” and “Lord of the Rings” were treated as a single volume.

Not everyone is happy with the 100-book list. Writing in The Wall Street Journal earlier this month, Adam Kirsch noted that none of Philip Roth’s highly praised books made the list although they “would feature on many experts’ lists of the greatest American fiction.”

“But then,” Kirsch continued, “he is in good company. Among the American novelists missing from the list are Nobel Prize winners like Sinclair Lewis, William Faulkner, and Saul Bellow; legendary names like Flannery O’Connor and Edith Wharton; and living greats such as Joyce Carol Oates and Jonathan Franzen.”

North Carolinians looking for Thomas Wolfe, O. Henry, Reynolds Price, Ann Tyler, Charles Frazier and our state’s other favorite literary giants will be disappointed. These authors did not make the list.

I found only three North Carolina-connected books on the list. Betty Smith wrote “A Tree Grows in Brooklyn” while she was living in Chapel Hill. Armistead Maupin, author of  the “Tales of the City” series, grew up in Raleigh.

The only book on the list that is set in North Carolina is Nicholas Sparks’s first novel, “The Notebook.”

That book was released in 1996 and immediately made The New York Times best-seller list and remained there for more than a year. The movie based on the book grossed more than $100 million. Therefore, the story is still widely remembered.

Set in New Bern, there are really two stories. In one, Noah and Allie, a teenage couple, have a passionate summer love affair. But Allie’s wealthy parents discourage the connection. Her mother intercepts Noah’s letters causing him to lose touch with Allie. Years later, when Allie is engaged to a prominent Raleigh lawyer, she reads about a house Noah has restored in New Bern. She makes a quick visit, one that turns into a lifetime together.

In the second story, Noah and Allie have grown old and live in a nursing home. Noah is in bad health, but his mind is clear. Alzheimer’s has taken Allie’s memory. Noah keeps his memories alive by reading to her their story as it is recorded in a well-worn notebook.

At a pace of about one book a year, Sparks has used the themes of romantic love, separation and reunion in a North Carolina setting to sell more than 100 million books.

On Oct. 23, we will learn whether “The Notebook” can make another big sale by winning the designation as the country’s best-loved novel.

To register your vote for “The Notebook” and for other books on the list, go to www.pbs.org/the-great-american-read/vote/

For a list of all 100 books go to www.pbs.org/the-great-american-read/books/#/

I have been living near 11th Street off Long Street for about 15 years. During this time, I have noticed... read more