Ben Shapiro: What if everyone sucks at everything? 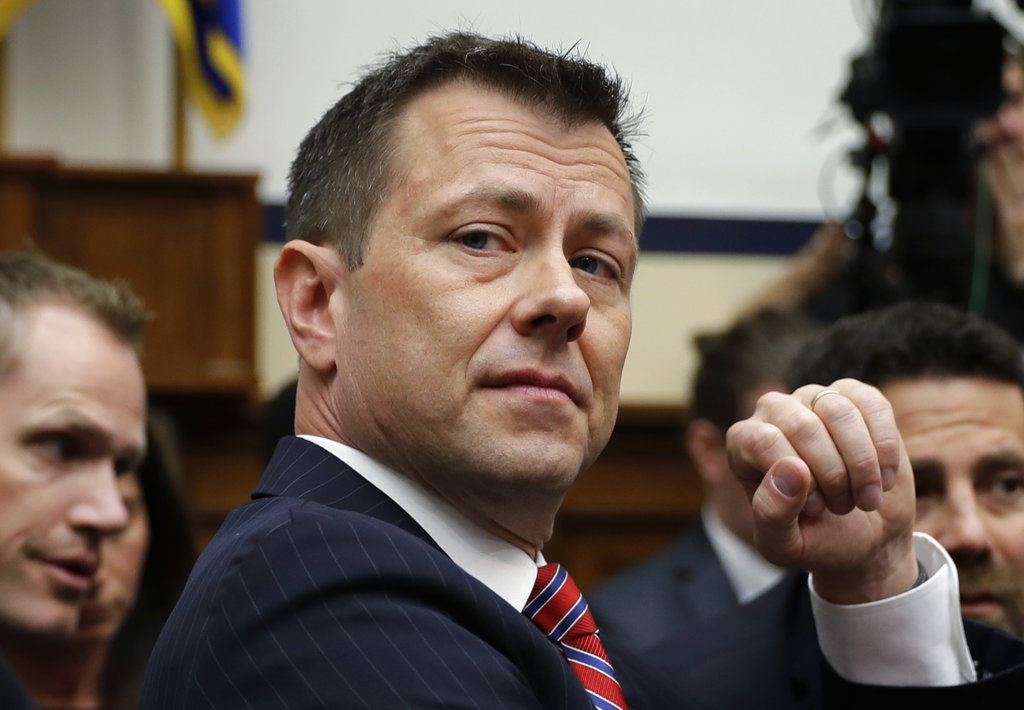 FBI Deputy Assistant Director Peter Strzok has been fired. Was he part of a vast conspiracy or just inept? AP photo

This week, President Trump went on a Twitter rampage — rightly so — over the firing of FBI agent Peter Strzok. Strzok, you’ll recall, is the agent who was tasked with overseeing both the Hillary Clinton email investigation and the Russian election-interference investigation. The married agent was texting with his married paramour, Lisa Page, at the time — and among their sexy texts was a bevy concerning their hatred for then-candidate Donald Trump. The Department of Justice inspector general report condemned Strzok’s behavior, stating that it was “not only indicative of a biased state of mind but, even more seriously, implies a willingness to take official action to impact the presidential candidate’s electoral prospect.”

The only mystery is why Strzok’s firing took so long.

Now, the common theory growing on the right is that Strzok, along with his like-minded allies in our nation’s intelligence agencies, crafted a plot to stop the Trump campaign or oust Trump after his election. They cite Strzok’s texts as evidence of motive, which it clearly is. They also cite the relationship between Fusion GPS, the opposition-research firm hired by Hillary Clinton, and Department of Justice employee Bruce Ohr, whose wife worked for Fusion GPS; the use of the so-called Steele dossier, funded by Fusion GPS, in the application for a Foreign Intelligence Surveillance Act warrant against former Trump campaign aide Carter Page; and the fact that Strzok maintained his employment with the FBI until now.

None of these accusations should be taken lightly. But there’s another explanation that bears up under weight: Everybody sucks at everything. So, yes, Strzok was biased. But it’s just possible that the FBI initiated the Russian election-interference investigation in good faith, and that the investigation went nowhere because the evidence never appeared — and because most investigations pursue empty leads on a routine basis. It’s possible that Strzok is a grandstanding moron with a penchant for grandiosity, particularly when texting his mistress. It’s possible that former FBI Director James Comey was radically incompetent at his job.

Which is more likely: that a massive conspiracy took place at the top levels of the FBI and the DOJ to “get Trump” — and that the most damning evidence of Russian collusion, the Trump Tower meeting between Donald Trump Jr. and a Russian government-backed lawyer, didn’t emerge until months after the election due to intricate planning? Or that bureaucrats are generally awful at their jobs?

The comfortable thing about conspiracy theories is that they allow us to graft logic onto chaos — they give us a feeling of security. In the words of the Joker in “The Dark Knight,” “Nobody panics when things go according to plan, even if the plan is horrifying.” But what if there is no plan? What if everybody is just bad at everything? What if the adults who run the most important institutions in the country were the children who picked their noses and put the boogers under the desks in school?

Strzok should have been fired. We should check out all allegations of corruption in government. But our first instinct should usually be to attribute malign acts in government to incompetence rather than malice, because that’s usually more accurate.

Ben Shapiro, 34, is a graduate of UCLA and Harvard Law School, host of “The Ben Shapiro Show” and editor-in-chief of DailyWire.com.