The ‘voice of Honda’ in Rowan County retires after 31 years 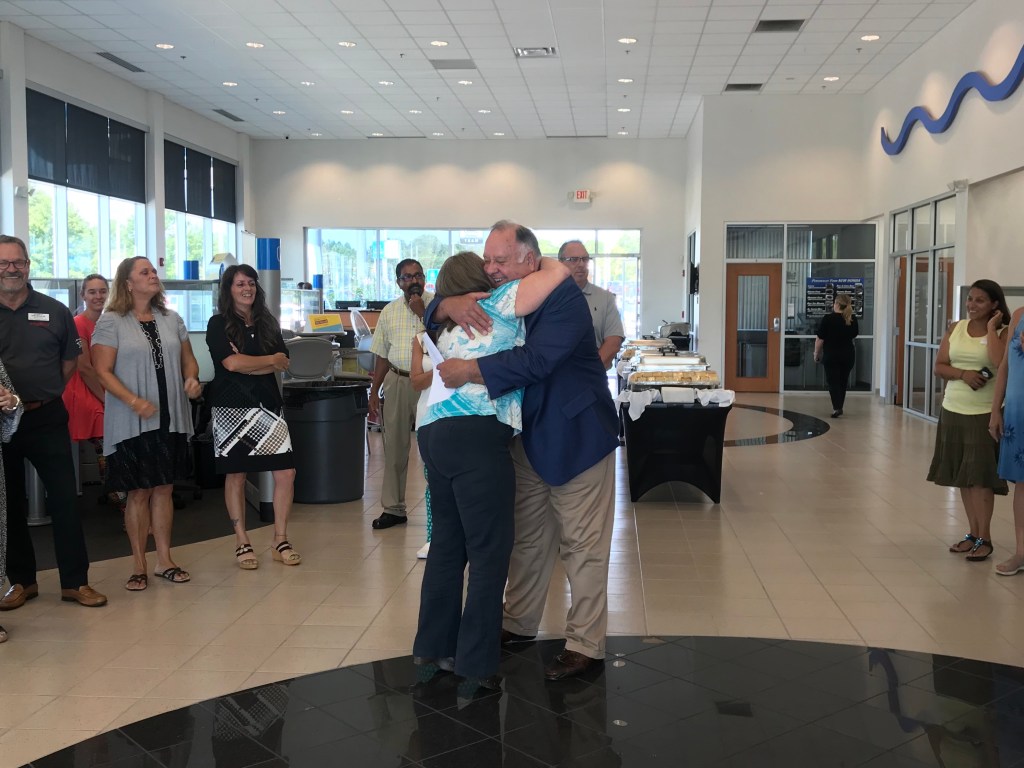 SALISBURY — Wednesday afternoon in the Gerry Wood Honda showroom, Sue Carter stood surrounded by tearful coworkers and family members. Carter thought she was coming to a party for Gerry Wood Honda’s 20th year in business, but she quickly discovered that she was the reason for celebration.

After 31 years as the “Voice of Honda” in Rowan County, Carter will retire from her job as Gerry Wood’s receptionist Tuesday. Carter is making the decision to spend more time with her 93-year-old mother and the rest of her family.

In 1988, Carter decided to apply for a job at Honda because she knew that they were good, reliable cars, she said. She has worked for Honda ever since, transitioning to the Gerry Wood Honda store when Wood purchased it in 1997.

“We always say she came with the building,” said Karen Loflin, Carter’s daughter. “She was part of the deal.”

During her 31 years of working at Honda, Carter has been described as cheerful, knowledgeable and a team player. Her coworkers say she knows every HN number and model code. She has a yellow binder that contains the stock book, which she brought with her when Gerry Wood took over.

“I’ve been in this business a long time, since 1974, and she’s the best receptionist we’ve ever had,” said Gerry Wood.

Because she serves as such an integral part of the Honda team, her coworkers decided to throw a surprise retirement party including all of the Gerry Wood Honda staff and Carter’s family. Carter was presented with gifts, food, and cake.

“It will be hard to fill her shoes,” said coworker Mona Overcash. “She bleeds Honda blue.”

As Carter greeted coworkers and family, she could not hold back tears. She emphasized how much she is going to miss Gerry Wood Honda.

“They mean everything to me,” Carter said. “This is my family.”