The Chappeleers to present farewell concert 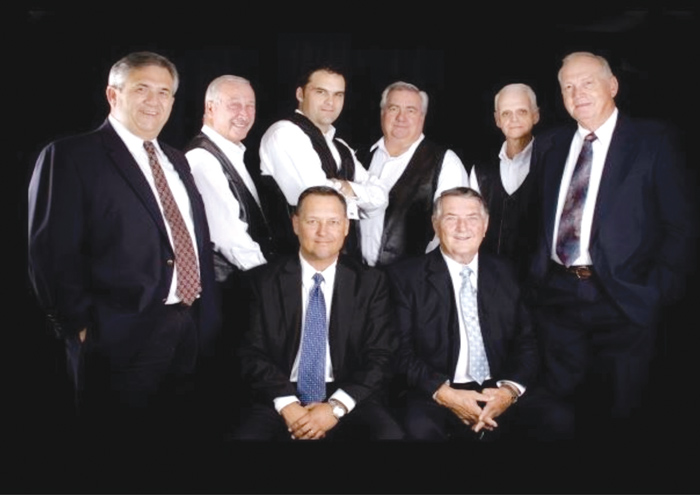 By Joyce Cross. Special to the Salisbury Post
St. Peter’s Church, one of the oldest churches in our area, has had the privilege of giving birth to one of our area’s most endearing Gospel groups, the Chappeleers.
The driving force behind the original quartet was Dottie Puckett. Dottie, a charismatic and talented lady, was the choir director back in 1997. She encouraged her husband Guy, son Marty, Marvin Misenheimer, and Bob Peeler to blend their voices in songs of praise. Little did she know that although the group has gone through many changes that it would continue celebrating Our Lord through music for 20 years.
They began practicing in Dottie and Guy’s home where Dottie lovingly stroked the keys of her grand piano. Dottie’s mother bought the group’s first sound system. And so it began.
The group gained notoriety in the area, not only because of their unique Gospel sound, but because of Marvin Misenheimer’s “corny” jokes. It was the perfect combination. St. Peter’s is blessed to have this this wonderful group born from within its congregation.
From their very beginning to their final performance the group has been motivated by only one factor, to give glory to God. Dottie and Marvin have both gone home to be with the Lord. But somehow during that final performance Dottie will be whispering in the Chapeleers’ ears, “Make it as smooth as melted chocolate.” And Marvin will be tickling them with one last joke.
The group was blessed to have Tracy Day take over the keyboard after Dottie’s death. Tracy worked with the group for a few years. After Tracy left, the talented Brandon Kepley has continued on the keyboard. Darrel Conners added to the group as lead guitarist for a few years, but has since left the Chapeleers.
The Chapeleers, whose mission has continued to bring the heart of Jesus to all who are fortunate enough to hear them, have diversified somewhat. Jimmy Morgan plays the rhythm guitar, Jerry Sides plays the bass guitar, Joe Williams plays the drums, Larry Poteat is the bass singer, Bill Hylton is the lead singer. Father and son Guy and Marty Puckett are the only singers left from that original group. Marty sings tenor and Guy baritone.
Guy has invited new members over the years. Guy says, “When you invite someone to be part of a Gospel group, it says a lot about their character. When they accept, you know they love the Lord.”
The Chapeleers will perform their farewell concert at 6 p.m. on August 19 at St. Peter’s Church, with light refreshments to follow. St. Peter’s is located at 2570 St. Peter’s Church Road.